Part of the enormous Philadelphia family tree of jazz players, Bobby Durham has amassed a long list of impressive jazz credits while alternating residencies between Italy and his hometown.

He is perhaps best known as a member of several of the virtuoso pianist Oscar Peterson's classic trios from the '50s and as one of the great jazz singer Ella Fitzgerald's most sensitive accompanists, although jazz fans that are into the smoking organ trio sound will know Durham from his associations with the likes of turbaned Charles Earland or the innovative organist Shirley Scott.

Durham is a personal favorite of jazz producer Norman Granz, who has turned to Durham again and again for help with his projects involving the likes of Fitzgerald and Basie as well as using Durham as the rhythm section drummer for jam session encounters with the likes of pianist Tommy Flanagan, guitarist Joe Pass, and trumpeter Harry “Sweets” Edison, among many. Durham got into music young, starting out dancing and singing before beginning drums well before his teen years. He was a professional musician by the time he was 16 with the group the Orioles.

From 1956 to 1959 he served in a United States military band, then began working with the band of King James and the Stan Hunter trio upon getting out of the services. In 1960 his career really took off when he moved to New York and began working with a who's who of mainstream jazz greats that includes Lloyd Price, Wild Bill Davis, Lionel Hampton, Count Basie, Slide Hampton, Grant Green, Hary Edison, Tommy Flanagan, and Jimmy Rowles. He met the fine trombonist Al Grey in the Basie band and was later a part of Grey's own combos.

In these small groups, Durham was often given ample solo space, and several recordings by these groups represent the best examples of Durham's jazz drumming that are available. Then again, the upsurge in interest in hard-driving organ trio jazz that came along with the acid jazz scene in the late '90s has sparked an interest in groups such as the trio led by organist Earland, featuring Durham and the impressive guitarist Pat Martino. Durham worked with Fitzgerald for a decade, for an equal length of time with Peterson, and with the big band of Duke Ellington for five years. A tasteful and restrained drummer with great control, Durham has also been called in to help perform and record with top pop and soul vocalists such as Frank Sinatra, James Brown, Ray Charles, and Marvin Gaye.

He has performed on many television shows including the Tonight show hosted by Johnny Carson and with Fitzgerald on the Ed Sullivan Show. Perhaps Fitzgerald is where Durham picked up his flair for scat singing on his own, a talent which he has put to great use in a variety of settings but particularly when leading his own trios. European concert listeners have remarked on the entertaining number entitled the “Airplane Song,” supposedly based on the printed safety instructions handed out to passengers.

Durham certainly would have had plenty of time to study up on such material through his frequent touring, but has yet to record the number. Perhaps he might want to consider a full-length opera based on the idea, adding in all the new airline safety regulations added after September 11, 2001. During his long European residencies, much of them based out of Italy, Durham has formed trios with support from Italian and Scanadanivian musicians. These players include Aldo Zunino, Andrea Zonzaterra, and Massimo Farao.

As for the presence of another musician on the scene named Bobby Durham, this one a country & western singer from the so-called Bakersfield school, the drumming Durham has no qualms. In fact, jazzman Durham is a country fan and the likelihood of a “Bobby Durham plus Bobby Durham” collaboration is not as far out as it sounds. “Country is still the thing I ought to try,” Durham confessed to this writer over breakfast in Sweden in 2001, while on tour with several Swedish jazz musicians. “I remember once when I was with Oscar, we were at a little restaurant where there was a country band playing. After we ordered our food, I went over there to check them out at the bandstand. The drummer saw me checking him out and between numbers he asked if I was a musician. When I told him I played drums, he told me to go ahead and sit in. Well, our bass player Sam Jones went looking for me, and when he found out I was on the bandstand playing country he had to go tell Oscar. Oscar tried not to be too shocked, he came over and stood by me and when the song was over he asked if this was what I was gonna do now. Well I said, for a minute, and he told me okay, well anyway your steak is ready.” Show less 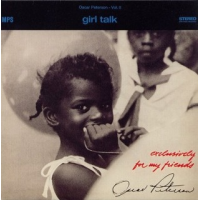 All About Jazz musician pages are maintained by musicians, publicists and trusted members like you. Interested? Tell us why you would like to improve the Bobby Durham musician page.