Bobby Previte “can break your heart with one cymbal crash.”

Bobby Previte began his life in music as a great way to meet girls, but then fell in love with the drums instead. At thirteen, he fashioned his first set out of a rusted iron garbage can turned on its side (the bass drum), four upside-down rubber trash bins (the toms), a box with loose junk rattling around inside (the snare), three plungers with aluminum pie plates nailed on top, (the cymbals), and two pieces of linoleum crimped together, stuck through with a wire coat hanger wound into a spring, crowned with a rubber ball on top (the kick pedal)•and for hours on end would play to records in his dark basement with a lone spotlight shining on him. Eventually hired by a band, he rehearsed with them for a year, only to get fired the day of the first booking for not having “real” drums. After this experience he decided to strike out on his own, and has been doing so ever since.

He moved to New York City in 1979, with great fortune quickly met the leading lights of the “Downtown” scene, settled in, and never looked back. For twenty-five years he has remained a leader, widely hailed for his electrifying drumming and his stunning, unclassifiable compositions.

He has played an astonishing range of genres and venues, from the Palace Burlesque House in Buffalo, NY to country music at Gloria’s Corral Club in the Kentucky backwoods (complete with, yes, a real corral surrounding the bandstand) to Carnegie Hall, and has presented his music at the major festivals around the world, from Europe to Russia, Japan to South America, and back.

The subject of articles in the world's major publications as well as in many books on music, Previte leads more bands than he probably should, and has added the electronic drums to his ever widening arsenal.

He remains committed to form. And to beauty, in all its forms. Show less

"This is Our Music IV" Presents Bobby Previte, Michael Blake and...

Bobby Previte & the New Bump "Set the Alarm for Monday" Available May...

Bobby Previte and The Coalition of the Willing, November, 5 2006 at...

Bobby Previte's "Coalition Of The Willing" Coming May 23rd on Ropeadope 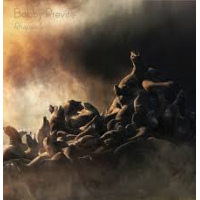 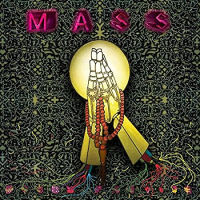 All About Jazz musician pages are maintained by musicians, publicists and trusted members like you. Interested? Tell us why you would like to improve the Bobby Previte musician page.