Bob has been a commissioned composer for the NJMTA, The National Federation of Music Clubs, The New York State School Music Association and has piano pieces published by Manduca Music Publications and The Voice of the Rockies. He has played at The Count Basie Theater,Alice Tully Hall, Symphony Space, The New York Public Library, Birdland, Shanghai Jazz and Trumpets to name a few, and was the house pianist at Peretti's in East Rutherford,N.J from 1985 till 1992 and the Stony Hill Inn in Hackensack, N.J.from 1993 till 2006 from 1996 to the present has been the pianist for Susan Lawrence Gourmet Foods in Westchester County, NY performing at events in prestigious homes and venues.

. He has been voted favorite artist on SkyJazz.com, Anima Jazz in Italy and has been a guest on Around New York on WNYC, Mozart To Motorhead, Anything Goes with Lise Avery on WFDU, Afternoon Jazz with Dr. Ken Rabac on WUCF,The Modern Jazz Lounge with Warren Knight in England and a showcase artist on allaboutjazz.com and can be heard on internet and PBS stations such as jazz excursion.com, jazzradio.com, Sky FM and Music Choice. His bio is published in Marquis Who's Who in America, and he has received an ASCAP award every year since 1989. In 2007 Bob was featured in ASCAP jazz podcast #4, and been working with The Music Kitchen in Calf. and had one of his compositions used in a Sprint radio spot in Asia and others used in TV shows world wide. As a teacher he has worked with and inspired young students to pursue a life of music such as jazz saxophonist/composer Dan Blake, singer/songwriter Amanda Holley and the members of the pop band “Cash,Cash”

Commisioned composer NJMTA in 1998 and 1999, ASCAP popular award, winner of jazz poll on Sky Jazz,inclued in Marqus Who's Who in Entertainment and Who's Who in America and role model of the year in 2012 from the Roseland Boosters. 2017 Albert Nelson Marquis Lifetime Achievement Award.

Feeling like you missed something? You did if you missed Bob McHughs' MANHATTAN SUNRISE. This '94 recording is an excellent choice for your jazz collection. —Stephen Koch, All About Jazz

Bob McHugh is one of the finest contempary jazz pianists and composers recording today and gives us an exceptional collection of songs in his AMERICAN CLASSICS. It is a CD collection that will find its way to the hearts of the jazz listening aduience quickly. Unique, fresh, inventive, and enjoyable are words that best describe the solo piano of Bob McHugh in this collection. These jazz performances are among the best found anywhere. —Lee Prosser, jazzreview.com

Bob McHugh ia a highly qualified/certified music teacher who has worked as a musician for over 40 years. He has taught music in the public school systym in New Jersey for 22 years and as a private teacher as well. Bob is a published composer with Manduca Music Publications [Piano Teachers Press], and Voice of the Rockies and has been a commissioned composer for the New Jersey Music Teachers Association and the National Federation of Music Clubs and NYSSMA

Bob McHugh ia a highly qualified/certified music teacher who has worked as a musician for over 40 years. He has taught music in the public school systym in New Jersey for 22 years and as a private teacher as well. Bob is a published composer with Manduca Music Publications [Piano Teachers Press], and Voice of the Rockies and has been a commissioned composer for the New Jersey Music Teachers Association and the National Federation of Music Clubs and NYSSMA. $60 per hour. 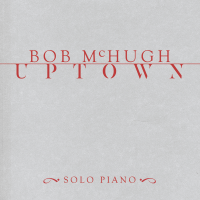 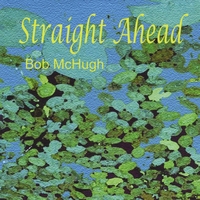 Soaring on Wings of...

From: Uptown
By Bob McHugh

All About Jazz musician pages are maintained by musicians, publicists and trusted members like you. Interested? Tell us why you would like to improve the Bob McHugh musician page.