A fine drummer, Bob Moses has received his strongest recognition as a colorful and adventurous arranger/composer for large ensembles. He played as a teenager with Rahsaan Roland Kirk (1964- 1965), formed the early fusion group Free Spirits with Larry Coryell (1966), and toured with Gary Burton's quartet (1967-1969).

He recorded as a composer for his own Mozown label in 1975, but Moses' reputation as a writer rests primarily with his Gramavision releases, especially When Elephants Dream of Music (1982), Visit With the Great Spirit (1983), and 1994's Time Stood Still. Nishoma was issued in fall 2000.

Bob Moses began playing drums at the age of ten and was composing music by the time he was fourteen. His father, Richard Moses, was a press agent for various jazz artists including Charles Mingus, Max Roacch and Rashaan Roland Kirk. He first sat in with Mingus when he was about 12 and in 1964 began playing drums on two of Roland Kirk's albums. Soon after he became an important part of the 1960s new jazz scene, playing in groups with guitarist Larry Coryell and later, in 1968 with the ground breaking Gary Burton quartet.

After touring with famed drummer Jack DeJohnette, and saxophonist Harold Vick in 1973, he went on to play with the Mike Gibbs orchestra in 1974 and rejoined Gary Burton's group in 1974. In 1975 he recorded the brilliant trio album Bright Size Life with Pat Metheny and the late Jaco Pastorious. He also started his own record label, Mozown Records, and released Bittersuite in The Ozone and the critically acclaimed albums, When Elephants Dream of Music (1982) and Visit With The Great Spirit (1983). These two albums firmly established Moses as a highly original composer and orchestrator in addition to his percussion prowess.

Currently an instructor at the New England Conservatory of Music, Moses continues to be regarded as one of the most original and daring modern jazz musicans. His influences range from the early masters, Ellington, Monk and Miles Davis, to ethnic sources from Africa and Latin America. Often playing with special sticks and custom drums, Moses pays as much attention to his sound and tone as he does to the rhythm. Show less 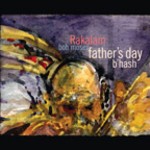 From: Live at the Berlin...
By Bob Moses

All About Jazz musician pages are maintained by musicians, publicists and trusted members like you. Interested? Tell us why you would like to improve the Bob Moses musician page.