Guitarist/composer/educator Bob Sneider is currently the Jazz Guitar Professor at the world-renowned Eastman School of Music. Sneider performs a multi-faceted role at Eastman as Instructor of Jazz Guitar at the Eastman's Community Education Division and Jazz & Contemporary Media Department.

In addition, Sneider is a graduate of the University of Rochester(B.A. '93) where he studied with Ramon Ricker, Bill Dobbins and Fred Sturm. Growing up in Brockton, MA, Sneider's mentor and teacher was Chet Kruley a veteran of the Fletcher Henderson, Jimmie Lunceford and Nat Pierce bands. Sneider performs regularly with a wide variety of groups including other ESM Jazz & Contemporary Media faculty members: Jeff Campbell, Harold Danko and Rich Thompson 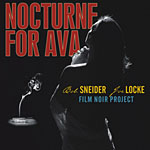 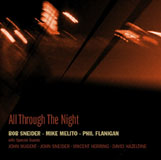 All Through the Night

Nobody Else But Me All About Jazz musician pages are maintained by musicians, publicists and trusted members like you. Interested? Tell us why you would like to improve the Bob Sneider musician page.