His name's borrowed from a Bahamian angler, his songs from a driftwood pile of rhythm and style. “I'm in the moving business,” says Bonefish Johnny.

Crossing over between the indie, blues and jamband scenes for years with funk rock act Groove Thangs (signed to Epic, produced by Tom Dowd), eclectic barband Shack Daddys and his live Funky Roots Revue, Bonefish Johnny makes music to move to and be moved by.

Now considered a genre unto himself, Bonefish Johnny may be lauded throughout the urban swamps of lower Florida but he's still being discovered in the civilized world beyond. His Anthology serves as introduction, but to quote a review of earlier recordings, it “only hints at the live power and appeal and songwriting diversity” of this singular artist.

Latest release Bonefish Johnny Sings The Blues finds the bandleader and cohort exploring a lovingly curated set of soulful songs with guest appearances by some of the international blues scene's top talents. The album's faithful renditions of classics and obscurities spiced with edgy originals reflect a keeper of the flame still blazing his own trail.

Read more articles
”The term 'guitar hero' is usually reserved for the fastest or flashiest fret shredders. But the expertise and affection guitarist Bonefish Johnny brings to blues, soul, funk, R&B and roots music makes him even more deserving of the title.” — Jazz & Blues Florida, April 2011 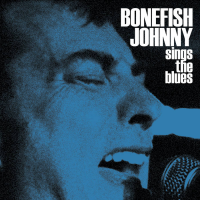 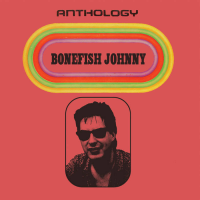 All About Jazz musician pages are maintained by musicians, publicists and trusted members like you. Interested? Tell us why you would like to improve the Bonefish Johnny musician page.