Booker Little was a prolific trumpeter and composer by any standard, but considering his tragically brief life, his musical achievements are astonishing. A Memphis native, he trained at the Chicago Conservatory of Music, where he impressed Sonny Rollins. This association led to a number of successful recordings with Max Roach in the late 1950s. Little went on to perform on other classic albums, such as John Coltrane’s Africa/Brass and Eric Dolphy’s At the Five Spot.

His trumpet sound was characterized both by undeniable technical facility and a dark tone that reflects the bittersweet nature of his life. But it is as a composer that Little left his real mark. Despite fluency in the language of Be-Bop, his own albums display a progressive slant toward composition -- albums such as Out Front are distinguished by dense, dissonant harmonies; tempo and meter shifts; and extended forms that give equal attention to composed and improvised sections.

Little suffered greatly due to the medical condition of uremia, and he died October 5, 1961 of kidney failure. He was 23 years old.

Too Little, Too Soon: Booker Little 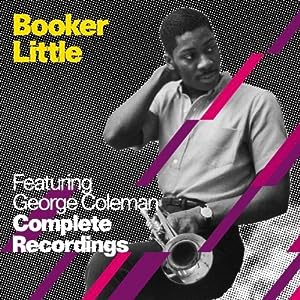 All About Jazz musician pages are maintained by musicians, publicists and trusted members like you. Interested? Tell us why you would like to improve the Booker Little musician page.