A versatile musician who has been proven to defy genres and labels, this young harpist has created a unique niche in both traditional and non-traditional harp arenas. Performing mainly on a concert grand classical harp, Ms. Younger is often heard performing jazz, classical and hip-hop in a seemingly effortless manner.

Best-known for her limitless drive, Ms. Younger remains in high demand and attracts the attention of today's most well-known artists, producers and groups. As a classical harpist, she has performed with an array of orchestras including the Eastern Connecticut Symphony, Soulful Symphony, Ensemble Du Monde, Camerata New York and the Red Bull Artsehcro, a “non-conformist” orchestra.

In hip-hop, she has worked with several producers, including Ryan Leslie on the album of Bad Boy© recording artist, Cassie and worked with bassist, Derrick Hodge, on 'Finding Forever', the number one album of Hip-Hop recording artist, Common. She effortlessly performs in many diverse genres, due to her proficiency as an artist and all around musician, not just as an instrumentalist.

A native of Long Island, Ms. Younger grew up in Hempstead and Uniondale, where she began her harp studies as a teen. She earned her Bachelor of Music in Harp Performance and Music Business at The Hartt School of the University of Hartford, and her Master of Arts in Harp Performance from New York University. Her formal instructors on the University level include harpists Rebecca Flannery, Susan Jolles, Emily Mitchell, and bassist, Nat Reeves.

Currently, she resides in Manhattan where she freelances as a soloist, and performs as part of The Workman String Summit, led by bassist, Reggie Workman, and the Laura Kahle Quintet, led by composer and trumpeter, Laura Kahle.

Ms. Younger teaches privately in New York and is on the harp faculty of the Hartt School Community Division, at the University of Hartford in Connecticut.

Harpists Brandee Younger and Megan Sesma to Work in Guatemala

Teaches all levels and ages. Is cheerful, bright and inspiring teacher. 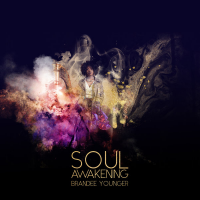 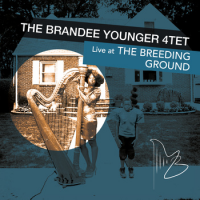 Live At The Breeding...

All About Jazz musician pages are maintained by musicians, publicists and trusted members like you. Interested? Tell us why you would like to improve the Brandee Younger musician page.