Profile: Instrumentalist/Arranger/Performer The manner and flow of my music is heavily influenced by the music of Rock and Roll Hall of Fame Inductee Jazz musician Miles Davis and other notable artists such as John Coltrane, Grover Washington, Jr., and Kenny G. My style of music is a hybrid of Jazz, Soul, Funk, Hip Hop and R&B. Basically a historical culmination of styles that black musicians have pioneered.

Brandon Primus is a graduate of the Berklee College of Music, Boston, MA and was “Showtime at the Apollo” winner. He attended University Louisiana Monroe (ULM). He worked at Columbia Records as a talent scout in New York City. He has shared the stage with artists like Rashaan Patterson, Jody Watley, Jeffrey Osborne, Eric Roberson, and has performed at places like BB King's Jazz and Blues Night Club in Times Square, The Sugar Bar NYC, and at the Birchmere Music Hall in Alexandria, VA.

Brandon later moved to San Diego, California and received his law degree at the prestigious Thomas Jefferson School of Law.

His California venues include, Bing Crosby’s, Four Points By Sheraton, San Diego Wine, 98.1 Smooth Jazz Festival, The USS Midway Museum, Palihouse Holloway in West Hollywood, and Pechanga Casino and Resort in Temecula, CA and many more. View the latest videos and music at:

Mark Gunn WOW! If you missed this one, well I feel for you! B Primus is one of those artists that you will be saying, “I remember when I saw this guy at the Stage in San Diego for FREE before he won his Grammy and the tickets went through the roof!” What a show! Bottoms Up to open in smooth jazz funk flava Yeah it was that good!! 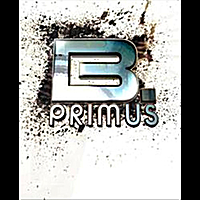 Brandon Primus
Introduction to B Primus

All About Jazz musician pages are maintained by musicians, publicists and trusted members like you. Interested? Tell us why you would like to improve the Brandon Primus musician page.