Winner of Best Jazz Album at the 2017 The Age Music Victoria Awards, Brenton Foster is an Australian composer, vocalist and pianist. He was the 2018 PBS FM Young Elder Of Jazz and presented his new work, Love, As We Know It, a collaboration with American poet, Christopher Poindexter, at the 2018 Melbourne International Jazz Festival. Love, As We Know It was nominated for Jazz Work Of The Year in the 2019 APRA AMCOS and Australian Music Centre’s Art Music Awards and is slated for commercial release in early 2020.

Brenton’s compositions draw on influences from contemporary jazz, cinematic, and singer-songwriter aesthetics while maintaining an individual and authentic voice firmly founded in the Australian musical landscape. His acclaimed album, The Nature Of Light (Bold Future Records) was PBS FM Feature Record in May 2017. The album was included in The Best Of Bandcamp Jazz 2017 as the sole Australian entry. The Nature Of Light follows Brenton’s 2016 release, Two Cities, recorded between Melbourne and Manhattan. It too was recognised as a nominee for Best Jazz Album at the 2016 The Age Music Victoria Awards.

Brenton’s sextet also featured at the 2017 Melbourne International Jazz Festival before embarking on a national tour throughout Australia. The Nature Of Light Tour saw Brenton and the band perform in capital cities and regional centres across South Australia, Victoria, New South Wales and the ACT in September and October, 2017.

“An endless supply of breathtaking moments”

“Brenton Foster is one of the foremost pianists in Australia right now.” 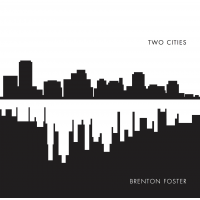 All About Jazz musician pages are maintained by musicians, publicists and trusted members like you. Interested? Tell us why you would like to improve the Brenton Foster musician page.