Brian Baggett's education includes both Washburn University and University of Kansas with concentration in jazz improvisation and guitar. He has studied with some of the best in the field, including extensive private lessons with Danny Embrey, Rod Fleeman and Regi Wooten, among others. His critically acclaimed guitar playing has been praised by Mike Varney in Guitar Player magazine and by many other jazz and guitar based publications.

Brian’s book, “Keys to Unlocking the Fretboard,” came into fruition in 2011. After many years of successful teaching with the method he created, Brian decided to outline and explain the method to better support his students as well as players interested in learning on their own. The book is currently in it's third edition and is available. Please visit www.brianbaggett.net.

Since 2000 and far into the future, Brian is a professional musician. Even before 2000, Brian led a innovative and skillful band called Einstein Electric. Live performances of this group are only now slowly becoming available online. Although Brian is known mostly as a jazz player, he also leads the fusion group DOJO. It's actually Brian's playing in this band that has gained him the most national exposure.

Some gigs these days require suit and tie, while many others are outdoor jazz festivals with larger audiences. Brian has been a sought after jazz player in the Kansas City area for many years and there is really no wonder why. Brian's magical guitar playing has gained him a solid reputation that continues to grow. He has been very blessed to share his music with some amazing people. In 2012, Brian swapped solos on stage with Steve Vai at the Stiefel Theatre, he played the opening gala for the Kauffman Center for the Performing Arts, and entertained a private dinner for Newt Gingrich at the Dole Institute. This was in addition to many exciting club dates.

A recent project of Brian’s is a new field for him– history. In 2013, Brian Baggett played music that was composed by Henry Worrall, a 19th century guitar player and composer. He recorded the songs Sebastopol and Carmencita and donated the work to be part of the permanent collection at the Kansas Museum of History.

Brian has been giving energetic and engaging presentations since 2004. He has presented about music and guitars to many different audiences, including university jazz festivals, master workshops, preschool, middle and high school classes as well as in-store demonstrations. If you’d like to hear about a presentation that Brian could do for your organization, feel free to shoot an email through the website.

Lastly, if you find yourself in the Kansas City area you will not have a hard time finding Brian out gigging. He has steady gigs, and has for many years, in both Kansas City and Lawrence. Just check out the calendar on his website and we’ll see you at the show! *brianbaggett.net*

Brian Baggett guitar
“Baggett’s incredible guitar playing falls somewhere between Holdsworth and Alex Lifeson, yet with a sound of its own.” - Guitar Player Magazine

“One of the most gifted and lyrical guitarists to claim a KC connection in recent years.” - Jazz Ambassador Magazine 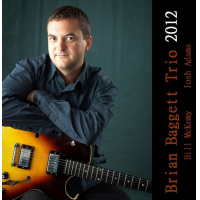 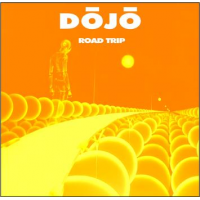 All About Jazz musician pages are maintained by musicians, publicists and trusted members like you. Interested? Tell us why you would like to improve the Brian Baggett musician page.