Dr. Pardo has held faculty appointments at the University of California Berkeley, California State University East Bay, the California Jazz Conservatory, Mills College, Temple College, Central Texas College, and Diablo Valley College. For 11 years, he was Director of Jazz Studies at the Bentley Upper School in the San Francisco Bay Area. He has been a clinician for Sibelius, Yamaha, Brian Moore Guitars, and the Jazz Masters Series, and is on the faculties of Jazz Camp West and the Lafayette Summer Jazz Workshop.

Dr. Pardo holds a Doctor of Musical Arts in Jazz Guitar Performance from the University of Texas at Austin, a Master of Arts in Music Composition from Mills College, a Bachelor of Arts in Music Theory and Composition from Haverford College, and a teaching credential from the State University of New York at Stony Brook. He studied guitar with Pat Martino, Bruce Saunders, Allen Hanlon, Fred Frith, and Tuck Andress, and studied music theory and/or composition with Mark Levine, David Bernstein, Fred Frith, John Mills, Harold Boatrite, Annie Gosfield, Alvin Curran, and John Davison. Show less 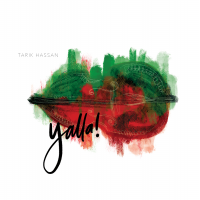 All About Jazz musician pages are maintained by musicians, publicists and trusted members like you. Interested? Tell us why you would like to improve the Brian Pardo musician page.