A melodic pianist/composer who was born and raised in Trenton, NJ, Brian Trainor has loved both jazz and classical since childhood. Trainor's interest in music was greatly encouraged by his father, Francis Trainor, Sr., a singer who had a “day gig” as a meat cuttter and saw to it that his son was studying classical piano as early as kindergarten.

Trainor (whose influences range from Bill Evans to Thelonious Monk and Bud Powell) was still a child when he studied jazz piano with Trenton pianist Alan Bosley, and he also had many conversations about jazz with his his close friend and neighbor, alto saxman Richie Cole. It was Cole who introduced Trainor to another alto great, Phil Woods, with whom the pianist began studying at the age of 13. Trainor was still a teen-ager when he met his hero Evans, who wasn't teaching formally but took the time to give him advice and feedback. In the late 1960s, Trainor played some live dates with Booker Ervin and Jack DeJohnette.

Though Trainor didn't become a huge name in jazz in the 1970s or 1980s, he played quite a few American gigs and spent many months touring Europe. In the 1990s, Trainor has led his own piano trio (which includes bassist Vince Fay and drummer Bill Jones) and has been featured as a sideman on some French Riviera dates by Philadelphia tenor saxophonist Bootsie Barnes. Trainor's albums as a leader include 1992's Wind, Water, Stone on Tri Art, 1994's Portraits on Candid and 1996's Monk & Me on Summit Records. 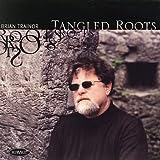 Brian Trainor
Why Try to Change Me Now?

All About Jazz musician pages are maintained by musicians, publicists and trusted members like you. Interested? Tell us why you would like to improve the Brian Trainor musician page.