Canadian singer, trumpeter, and songwriter Bria Skonberg is described by The Wall Street Journal as one of the “most versatile and imposing musicians of her generation.” Recognized as one of “25 for the Future” by DownBeat magazine (Summer 2016), Skonberg is newly signed to Sony Music Masterworks’ OKeh Records, and will release her debut LP, simply titled BRIA, on September 23, 2016.

Wielding a unique blend of modern-day pop sensibility and sizzling musicianship, Skonberg aims for a sense of allure on the new collection. She credits producer Matt Pierson with helping her create music that is both curious and exotic, playing with tension and storytelling. Elite jazz chops, artfully mixed with worldly rhythms and contemporary songwriting, result in a sophisticated pop sound closely resembling that of Michael Bublé, Diana Krall, and Harry Connick Jr. Bria’s original tunes include the tango “Curious Game,” the bluesy instrumental “Down in the Deep,” and the Brazilian-flavored “How Can It Be” - a reflection of the sampling era.

Noted as a Millennial “Shaking Up the Jazz World,” according to Vanity Fair, Skonberg is a self-described “small town girl” from Chilliwack, British Columbia. She left for Vancouver straight out of high school and earned a degree in Jazz Trumpet Performance from Capilano University. But even as she absorbed the deep knowledge and disciplined work habits needed for a jazz career, she was also hustling hard to book her two bands. While in university she juggled working every weekend, traveling to festivals and shows, plus cramming in schoolwork - all while on the road.

When not traveling for her own gigs, she was building up her stage-show chops with Dal Richards, Vancouver’s King of Swing. Playing at the 2010 Winter Olympic Games in Vancouver capped off this exciting period, with Bria featured at the Paralympics opening ceremony.

In 2012 Bria released So Is The Day (Random Act Records); her first album on a US-based label. That collection showcased a developing flair for original songs with just the right amount of standards mixed in, and also featured a duet with the legendary John Pizzarelli, So Is The Day received rave reviews from critics, drawing comparisons to Norah Jones in The New York Daily News. In 2015, a year after her second album, Into Your Own, was released, Skonberg received the Jazz At Lincoln Center Swing! Award.

To date, Bria has performed at some 100 festivals worldwide. She is the co-founder of the New York Hot Jazz Camp and New York Hot Jazz Festival. Further accolades include Best Vocal and Best Trumpet awards from Hot House Jazz Magazine (2014-15), Outstanding Jazz Artist at the New York Bistro Awards (2014), a DownBeat Rising Star (2013-15), and a nominee for Jazz Journalists' Association Up and Coming Artist (2013).

Hot jazz in every sense

In the Footsteps of Giants: Introducing Trumpet Dynamo Bria Skonberg

”If the Nu Hot Jazz movement has produced one indisputable star, it is the dynamic trumpet diva Bria Skonberg, who hasn't only galvanized the neo-traditional scene, but, lately, moved beyond it.”  Will Friedwald, Wall Street Journal

Re: The Hot Jazz Festival ”Among the scene’s newer catalysts is Ms. Skonberg, 30, who has earned accolades not only for her trumpet playing, in the lineage of Louis Armstrong, but also for her singing, in a softer, slinkier mode.”  Nate Chinen, The NY Times 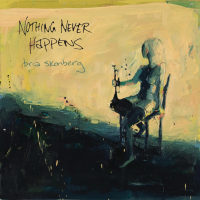 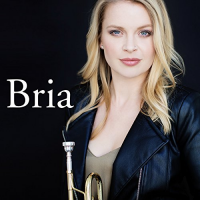 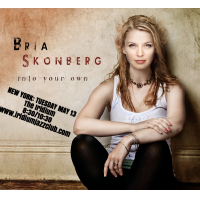 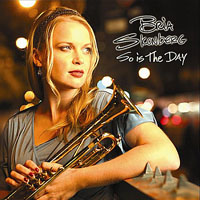 So is the Day 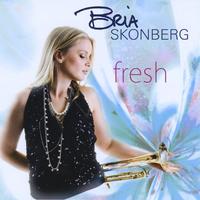 All About Jazz musician pages are maintained by musicians, publicists and trusted members like you. Interested? Tell us why you would like to improve the Bria Skonberg musician page.