Jazz pianist and composer Bruce Barth has been sharing his music with listeners the world over for more than twenty-five years. In addition to traveling widely performing his own music, he has also performed with revered jazz masters, as well as collaborated with leading musicians of his own generation. And in a recent review in the Newark Star-Ledger, Zan Stewart writes “No one sounds quite like Barth. His solos are characterized by robust swing, his ability to tell a story, and by his rich, beguiling sound.”

Bruce has performed on over 125 recordings and movie soundtracks, including fifteen as a leader. He is equally at home playing solo piano (American Landscape on Satchmo Jazz Records), leading an all-star septet (East and West on MaxJazz), and composing for a variety of ensembles. His trio has recorded live at the legendary Village Vanguard in New York City, and his duo recording with saxophonist Steve Wilson, Home, was chosen by Down Beat magazine as one of the best recordings of 2010. Last summer, his trio appeared at several major European festivals, including San Sebastian, La Spezia, and San Javier, where Bruce shared the bill with Chick Corea’s trio. His current release is “Sunday,” recorded live in Spain and featuring tenor saxophonist giant Jerry Bergonzi.

Originally from Pasadena, California, Bruce arrived on the New York jazz scene in 1988, and soon started working in the bands of Stanley Turrentine and Terence Blanchard. While in Terence’s band, Bruce recorded his first two CD’s as a leader, In Focus and Morning Call for the Enja label; both were chosen for the New York Times’ top ten lists. These recordings displayed not only Bruce’s powerfully fluent piano playing, but also the scope of his own compositions and his imaginative arrangements of jazz standards.

As a leader of his trio and larger ensembles, Bruce has performed at major venuesin the United States, Europe, and Japan; he has led bands at many majorvenues in New York, The Kennedy Center in Washington, DC, and major festivals in UK, Spain, Sweden, and Portugal.

Throughout his professional life, Bruce has had extended collaborations with Terell Stafford, Steve Wilson, Luciana Souza, Steve Nelson, and Tony Bennett. He has performed with James Moody, Phil Woods, Freddie Hubbard, Tom Harrell, Branford Marsalis, Art Farmer, and the Mingus Big Band. Finally, Bruce is a dedicated teacher, currently on the faculties of Temple Universityand Columbia University. He has also given master classes around the globe. Show less

Jazz This Week: Bruce Barth Quintet, Sometime then and Again, and More 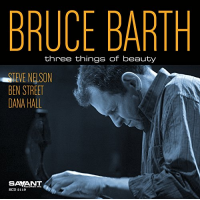 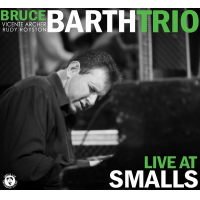 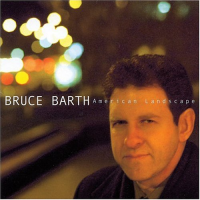 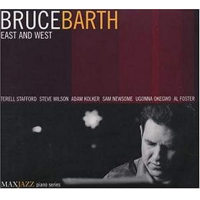 All About Jazz musician pages are maintained by musicians, publicists and trusted members like you. Interested? Tell us why you would like to improve the Bruce Barth musician page.