Bruce Eisenbeil is a composer, improviser, and guitar instrumentalist who has dedicated his life to the advancement of modern guitar techniques through the growth and evolution of modern improvised music. He has 6 CD's released and has performed throughout North America, Japan, Germany, Brasil, and at many festivals. Eisenbeil has performed, recorded and collaborated with some of the best musicians in the world.

Although Eisenbeil was born in Chicago, he grew up in Plainfield, NJ which is where he began playing the guitar when he was 4 years old. He has been performing professionally since he was 15. Mostly self-taught, he studied with a few great teachers including Joe Pass, Howard Roberts, Joe Diorio, and Dennis Sandole (teacher of John Coltrane and Pat Martino).

Critics have compared him not only with guitarists such as Wes Montgomery, Django Reinhardt, Grant Green, Billy Bauer, Sarnie Garrett, Sonny Sharrock, Curtis Mayfield, John McLaughlin, Jimi Hendrix and Jeff Beck but also with saxophonists John Coltrane and Ornette Coleman and pianists McCoy Tyner and Cecil Taylor. His ensemble writing has been associated with the Art Ensemble of Chicago and the Revolutionary Ensemble.

”About as revolutionary as music can actually get.” ~ The Wire

”One of the most unique jazz guitarists to emerge in decades.” ~ Harvey Pekar, JazzTimes

”This guitarist often sounds as if he's disassembling the instrument. He isn't; he's breaking down preconceived notions of harmony, melody, rhythm, and sound itself - and the effort can be as exhilarating as the results.” ~ FRANCIS DAVIS, VILLAGE VOICE 2006 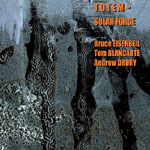 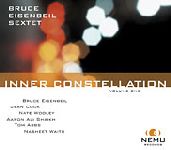 All About Jazz musician pages are maintained by musicians, publicists and trusted members like you. Interested? Tell us why you would like to improve the Bruce Eisenbeil musician page.