Bruce earned both Master's and Bachelor’s degrees in Music from Combs College of Music, Philadelphia. In addition, he has studied Jewish Liturgical Music at Gratz College and participated in the Orchestra Seminar with Dr. Samuel Adler at the Eastman School of Music. Bruce is an alumnus of Philadelphia’s Settlement Music School. His private double bass teachers include Irving Cohen, Albert Stauffer and Enrico Rossi.

Bruce Kaminsky has been bassist on more than fifty recordings, including his own Klezmer Jazz Ensemble CD: “And the Angels Swing.” He has performed in venues as varied as a command performance at the United Nations before the signing of the Israeli/Jordanian Peace Accord, the Jewish Music Festival - Berlin, Germany, and the World Café in Philadelphia.

Bruce Kaminsky is also the designer of the KYDD upright bass, is on the music faculty of Drexel University, and maintains a private teaching studio. Bruce has been on Musicopia’s roster since 2001. He leads the Spice Route Ensemble and is the principal bassist with the James D Ensemble.

The Spice Route Ensemble conducts Musicopia’s Journey Into Middle Eastern Music assembly and residency programs for students of any age or ability. Bruce performs with the James D Ensemble’s Journey of Discovery with Lewis and Clark assembly program. Show less

Just a quick note to let you know that I gigged out with my KYDD. The bass was awesome and boy, did it turn some heads! It did an amazing job with the bluegrass and older country stuff , and held it's own quite well with the contemporary country as well. It was a hoot to play Rockabilly with it, even getting some of the slap sound. All in all, a great instrument. - Brad Cooper

The Kydd bass plays even better than I thought it would and the sound is fantastic. Good Job! - Colin Toline 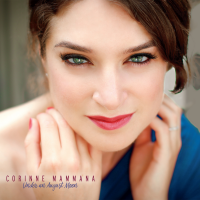 Under An August Moon...

All About Jazz musician pages are maintained by musicians, publicists and trusted members like you. Interested? Tell us why you would like to improve the Bruce Kaminsky musician page.