I'm first and foremost a bassist - but one that also composes, arranges and occasionally sings.

A Rio de Janeiro native musician with Italian roots, I'm active on the Jazz, Pop/Rock and World Music and scenes. Since 2001 I play bass and sing background vocals for brazilian popular singer/songwriter/guitarist Frejat. Since 2013 I accompany Brazilian singer Simone, and more recently, the world-wide known Brazilian singer/songwriter Ivan Lins. I have played live and/or recorded with many other well-known Brazilian artists, such as Ana Carolina, Maria Gadu, Milton Nascimento, Ney Matogrosso, Marcos Valle, Lobão, Paulinho Moska and Leoni - as well as artists from other countries, such as Lokua Kanza (Congo/France), Quexie Montana (Zimbabwe), Susanna Stivali (Italy) and Avi Wisnia (USA).

On the jazz front, I lead my own Bicho Músico band (supporting my most recent album, “Bicho Músico”) and the Notre Jam jazz quartet. In recent years I've led the fusion project 8VB (with Italian guitarist Chester Harlan, which has released an album in 2007). I was also the bassist on the celebrated Leandro Braga Trio (led by the pianist/arranger/composer) from 2012 to 2015, and for saxophonist/composer Quito Pedrosa's quartet from 1996 up until 2017.

On TV, I was the bassist on the first season of the popular TV show The Voice Brasil (aired on 2012), and acted as bassist and music director for the TV series Claro Q É Rock during it's two seasons (aired on 2005 and 2006).

I've written music for cinema, tv and contemporary art video-installations, producing music on my own 8VB Studio, where I write and record my music and also record bass tracks for other artists around the world - you can send me a message if you're interested!

I write a regular column for Bass Player Magazine (Brazilian edition) and offer online bass lessons - again, just send me a message if you're interested!

“I would like to introduce to you a multi-talented player who is a complete gentleman and a real virtuoso on the Bass… Mr Bruno Migliari.” Biscuit - Bass Musician Magazine (the face of bass)

“Bruno Migliari is an amazing talent. Bruno is currently working on some international songwriting collaborations with artist form different backgrounds for his new CD. Bruno has written music with Canadian jazz singer/songwriter Joani Taylor and with Zimbabwean singer/songwriter Quexie Montana, as well as with Brazilian artists. The second “version” of his trio, features piano instead of guitar, has established an interesting partnership with Italian jazz singer/songwriter Susanna Stivali. Bruno continues to work on the side with pop star Frejat and is working with singer Fênix on his new album.” Adam Philips - Bass Players United

“I would like to introduce to you a multi-talented player who is a complete gentleman and a real virtuoso on the Bass… Mr Bruno Migliari.” Biscuit - Bass Musician Magazine (the face of bass)

Bruno's clinics evolve around brazilian styles as applied to the jazz canon. Watch the following video (it's in portuguese, but you'll get the idea…): https://youtu.be/0gr0LA-Py78 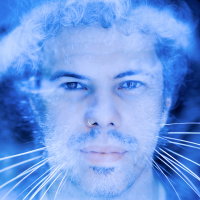 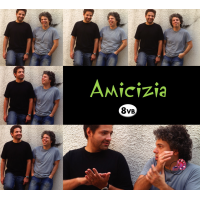 All About Jazz musician pages are maintained by musicians, publicists and trusted members like you. Interested? Tell us why you would like to improve the Bruno Migliari musician page.