Born in Milwaukee in 1983, Bryan was raised in a house with a drum set and an extensive record collection from his parents. He started playing piano at the age of eight, guitar and string bass at eleven, and cornet and electric bass at twelve. Absorbing the records he heard at home, Bryan fell in love with the music of the Beatles, Frank Zappa, Miles Davis, James Brown, Jimi Hendrix, Earth Wind and Fire, The O’Jays, Harold Melvin and the Blue Notes, The Who, Led Zeppelin, George Duke, Stevie Wonder, Stanley Clarke, and Sly. It wasn’t until high school when he heard Jaco on Weather Report’s “Night Passage” that he decided the bass was the instrument for him. After high school (Milwaukee High School of the Arts) Bryan went to Chicago to study classical and jazz bass at the Chicago College of Performing Arts. 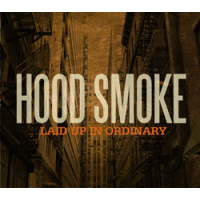 Laid Up In Ordinary

Bryan Doherty
Laid Up In Ordinary

All About Jazz musician pages are maintained by musicians, publicists and trusted members like you. Interested? Tell us why you would like to improve the Bryan Doherty musician page.