Byron, a native of Kansas City, holds a Master's degree in Music from the University of Southern California, has performed on three separate occasions with the famed Boston Pops Orchestra under the baton of renowned conductor/composer John Williams. His performance of the Williams composition “America, The Dream Goes On” garnered strong critical acclaim from the press and public alike.

During a master class performance, celebrated entertainer Cleo Laine recognized Byron's burgeoning musical talent and invited him to appear in London, England where he was the recipient of the “Wavendon Allmusic New Singing Talent of the Year Award”, sharing honors with such artists as Wynton Marsalis and Andrew Lloyd Webber. He performed at the starstudded occasion in the presence of H.R.H Princess Margaret who presented Byron with the prestigious award.

Byron can be heard on several jingles and recordings throughout the United States, Japan & Europe. He has performed and recorded with such luminaries as Natalie Cole, Dionne Warwick, Celine Dion, Barbra Streisand, Mellissa Ethridge and Joe Cocker. He performed on Broadway alongside Patti LuPone in the acclaimed show “Patti LuPone On Broadway”, and, tours with singer Barry Manilow. 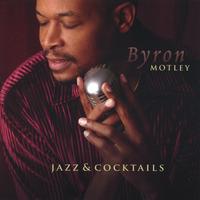 One Day I'll Fly Away

All About Jazz musician pages are maintained by musicians, publicists and trusted members like you. Interested? Tell us why you would like to improve the Byron Motley musician page.