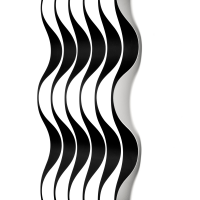 Singularity: A hypothetical moment in time when artificial intelligence and other technologies have become so advanced that humanity undergoes a dramatic and irreversible change. Bill Laurance's fifth solo album, Cables, consists of eight new compositions, informed by the exponentional growth of technology, themes of man and machine, nature, hopes and fears for the future, and the connections — or cables — that ultimately tie us all together. The album is an entirely solo recording, co-produced and engineered by Nic Hard, with Bill playing every instrument. Centred around his beautiful piano playing and staying true to his DNA of jazz improvisation and composition, it finds the GRAMMY award-winning artist exploring new sonic territory. It embraces electronic beats and textures, with influences from the fields of modern composition, soundtracks, ambient music, funk and electronica. Amongst the tracks are dedications to 'HAL' from the film 2001: A Space Odyssey and the Saturn probe 'Cassini', a recreation of the motion of an opening flower ('Constance',) an exploration of the fight and balance between the natural and the artificial ('Singularity',) and the concept of a time in the future when nothing will be scarce due to developments in nano technology, ('End of Scarcity'.) “I’m fascinated by the exponential growth of technology and that it would appear we can’t seem to keep up with it. This record is exploring the inevitable trajectory that we are on and how we may choose to benefit or forfeit from it.”

A Word From The Wise

All About Jazz musician pages are maintained by musicians, publicists and trusted members like you. Interested? Tell us why you would like to improve the Cables musician page.