Artsville • May 2006, The Caitlin Smith Group, Video for ‘Held like a baby’

The Big Night In • Performed with The Fondue Set, With Pio and two songs solo with piano ‘Old Man River’ and ‘Without you’ (original)

Squeeze • Profile and teaching Francesca Rudkin how to sing

Good morning - w/ The Fondue Set • ‘Everybody’s Talking at Me’, ‘Come rain or come shine’, ‘Old Man River’. With Noel Cromby and Eddie Raynor: ‘Letting Go’, With Anna Rugis and Linn Lorkin • ‘If I had the Power’

Get your Act together, Vocal coach

I have organised and MC’d several successful public performance student nights called SingingHeads. Most at the Temple (Queen Street) and as part of the Grey Lynn Festival. Now at Atomic 121 Café, Ponsonby. Eagerly anticipated and appreciated by‘ standing room only’ audiences.

Or the ‘deranged cabaret’ and free jazz improvisation: • Regular member of ‘Vitamin S’ pool of musicians. These are random collaborative free music performances at The Odeon Lounge and the Wine Cellar • The Civic Theatre’s 75th Birthday Celebrations • ‘Stark Night’ Caberet written by Rochelle Bright • Love and the Imposter

There are live performances in Jazz Clubs including: 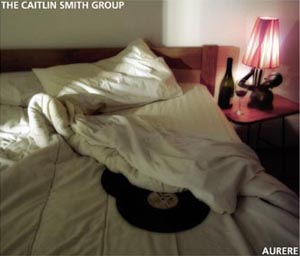 All About Jazz musician pages are maintained by musicians, publicists and trusted members like you. Interested? Tell us why you would like to improve the Caitlin Smith musician page.