Grammy nominated Dutch saxophonist and vocalist Candy Dulfer has been performing since age seven, leader of the band Funky Stuff since age fourteen, an international recording artist since age nineteen, and has toured world-wide since age twenty.

In 1989 “Lily was here” - her first collaboration with former Eurythmics member Dave Stewart - was a Number 1 hit all over Europe. In 1999 they worked together on the soundtrack of the Robert Altman motion picture Cookie's Fortune and in 2002 they toured Europe with Stewart's new project Da Univerzal Playaz, featuring reggae legend Jimmy Cliff.

Candy Dulfer's solo debut album Saxuality (Arista, 1991) sold over a million copies worldwide and was nominated for a Grammy. Her fourth album For the love of you (1997) was a major hit in the USA and remained in the Billboard charts for more than forty weeks. Sales of Dulfer's solo albums now total well into the millions worldwide.

Dulfer appeared with Prince in the Partyman video, was featured on the Graffiti Bridge soundtrack, and performed with him on a special anniversary edition of Saturday Night Live. In 1998 and 2002 she once again toured with Prince, appeared on his 3-CD live box set One Nite Alone... Live! (Npg, 2002) and performed on his internet-only album Xpectation (Npg, 2003).

She again joined Prince in 2004 for the massive Musicology tour, playing over ninety shows in sell-out arenas across the USA to more than 1.5 million excited fans. Prior to the Musicology tour Dulfer performed with Prince and Beyoncé at the prestigious Grammy Awards and also performed with Prince on Jay Leno's Tonight Show. She was featured prominently - with sax and vocals - on Prince's hit album Musicology (Sony, 2004), including the smashing duet “Life 'o' the Party”.

“Finsbury Park, Café 67” from Dulfer's solo album Right in my Soul (Eagle Music Europe, 2003) became a major smash at all the smooth jazz stations across the USA and in October of that year reached the Number 1 position on the R&R Smooth Jazz chart - making it the most played smooth jazz song in the USA.

Her second live album Live at Montreux (Video Arts Japan, 2005) was released on DVD and CD as part of a prestigious group of releases by Eagle Vision from the archives of the legendary Montreux Jazz Festival.

In 2006 Candy Dulfer performed as a special guest at the renowned Berks Jazz Fest in the USA, followed by more shows in the States in July together with Jason Miles (of Miles Davis fame) with a band that included Dulfer's fellow Prince bandmembers Rhonda Smith and Chance Howard. By popular demand, she continues to play numerous dates each year primarily in the USA, Europe, Canada, and Japan (including the famous Blue Note clubs).

Dulfer's latest effort titled Candy Store (Heads Up International, 2007) includes performances by Ulco Bed and Chance Howard. The album features a sprinkling of techno-style special effects, but it's funk and R&B roots are clear. A subsequent album is already in the works with an anticipated release in Spring 2009.

Although her music is often labeled “smooth jazz,” Dulfer considers herself to be an R&B saxophone player. There are several videos available below which clearly illustrate Candy Dulfer's versatility and extraordinary musical ability. Show less

Candy Dulfer to Perform Saturday, May 21 at the Pageant 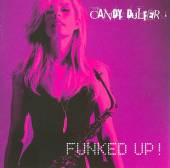 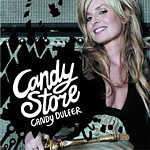 All About Jazz musician pages are maintained by musicians, publicists and trusted members like you. Interested? Tell us why you would like to improve the Candy Dulfer musician page.