Beginning to play bass in several events and bars in the Quebec region at the age of 16, I have sailed these past years through different styles and musical universes, while traveling my art through Quebec and several times in France. I also got the chance to play with many artists and musical bands of all kinds, from Bruno Pelletier to several Europe’s Big Bands, while completing a Technical program at Notre-Dame de Foy Campus, a Bachelor's degree in Jazz Interpretation at Laval University and a Master's degree from the Jazz Faculty of McGill University.

These studies allowed me, among other things, to grow as a musician and especially as an arranger and composer. I developed techniques that allow me to make musical arrangements to make a living, whether it was for symphonic orchestra for Chloé St-Marie, choirs of the Quebec City area or for producing more than five albums in the last five years, including Sénescence from the Nouvelle R group released in 2018, and my last opus: Fantosme, an album that was co-directed with the great Michel Cusson in 2019. This album has led me to win Radio-Canada Jazz Revelation in 2020 and to be a nominee at Premier Gala de l'ADISQ 2020 in the category Jazz Album of the year. 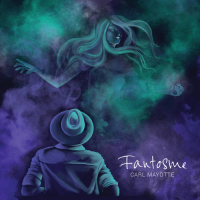 All About Jazz musician pages are maintained by musicians, publicists and trusted members like you. Interested? Tell us why you would like to improve the Carl Mayotte musician page.