Double bass player and composer, Carlos Bica, is one of the most prolific and innovative sound artists of Portugal. Known for his lyrical tone on the double bass, Bica has the rare ability to write melodies that essentially are songs without words, haunting and unforgettable.

“Both a remarkable composer and musician who knows how to mix his folkloric, lyrical roots with any modern style he encounters” —Double Bassist

Among the several musical projects he leads along with various theatre, film and dance projects, his trio AZUL with Frank Möbus and Jim Black has become his showcase as a bass player and composer.

MORE THAN THIS is the title of the brand new album by Carlos Bica & Azul with Frank Möbus and Jim Black.

It has been twenty years since the release of Carlos Bica's Azul, the Portuguese double bass player's debut recording with German guitarist Frank Möbus and the American drummer Jim Black. Their brand new album “More Than This” accurately describes their status quo. This new release reflects the same music that their audiences have learned to love since the very beginning and delivers beyond those expectations. The music conjures up old memories while exploring new musical territories. This mature group of musicians has produced an album that opens new doors, looking to discover what's on the other side. Bica's lyricist (or “romantic,” as he himself describes without hesitation) approach to contemporary jazz, combined with elements deriving directly from rock (“A Lã e a Neve”) and from the folk traditon (“Silver Dagger”) offers the listener new sounds and textures to revel in. One can say that this new album sounds almost as if it was the very first time the trio composed and recorded together, but it is rife with the veteran wisdom one earns when acquiring the right to state something, instead of merely “proposing” it. The variety of the themes displayed in “More Than This” sway from direct and good humored (check “Skeleton Dance”) to complex and deep, as on “XY Ungelöst” - in both cases being faithful to Azul's identity. So, it comes down to this: on their sixth album, the trio has managed to record their best work ever. And yes — it's a gem. (R.E.P.)

His debut album, “Azul”, recorded for Polygram/Emarcy, features guitar player Frank Möbus and drummer Jim Black, and special guests, singer, Maria João and, trombone player, Ray Anderson. It was voted “Best jazz record of the year” in Portugal in 1996 and it's widely accepted as the best portuguese jazz album ever done. Azul's next albums, “Twist” (1999) and “Look What They've Done To My Song” (2003), “Believer” (2006), “Things About” (2011) have received international critical acclaim.

“More Than This” (2016) is Azul's sixth album celebrating this Portuguese-German-American band's 20th anniversary. “It is an achievement in itself that Carlos Bica and his trio Azul — with Frank Möbus and Jim Black — have never produced a less than extraordinary recording... In each edition the band seems to reborn, and after “Things About”, here are Bica, Möbus and Black again, with fresh ideas, a renovated drive and a deeper poetic feeling... “More Than This” is the most recent and probably the most perfect of Carlos Bica album's with his trio Azul.” (O Expresso)

In October 2005 Bor Land Records released “Single”, Carlos Bica's first bass solo CD. This album was recorded at the Radio Berlin-Brandenburg Studios and was nominated by the music magazine “Blitz” as one of the best albums of the year in Portugal.

Started by a commission from the Expo 1998 in Lisbon, Bica embarked upon his project “DIZ” (meaning “Speak to me”) together with the extraordinary singer and actress Ana Brandão. His fruits were recorded and released in April 2001 for Enja Records. The album “DIZ” represents a new development in his music. Together with João Paulo (piano), Katharina Gramss (violin), Mike Rutledge (viola), “DIZ” leaps across the stylistics borders of chamber music, Portuguese folk, theatre, jazz and the art of song, with the entertaining ease and serious intensity of musical virtuosity. Jazz Podium termed it “Grandiose music”; Tip-Berlin “An elegy of beauty”.

Carlos Bica has also composed for several theatre as well as dance and film productions.

He worked for many years with renowned vocalist Maria João – a cooperating that established him on the international scene.

In the traditional music of his native Portugal — o fado — he performed and recorded several albums with singer Carlos do Carmo, the best known musician of this popular genre. Among further important and inspiring authorities of the Portuguese musical tradition with whom Carlos Bica has performed and recorded rank such names as — José Mário Branco, Camané, Pedro Caldeira Cabral, Cristina Branco and Janita Salomé. Show less 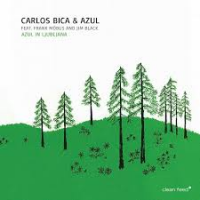 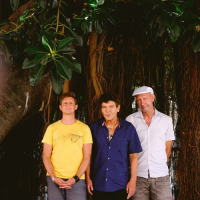 All About Jazz musician pages are maintained by musicians, publicists and trusted members like you. Interested? Tell us why you would like to improve the Carlos Bica musician page.