William “Chan” Hall – Biography Welcome to the dreaming gallery. The July 2011 release of Chan’s debut album Dreaming Afterdark has gained buzz throughout the mid-Atlantic jazz community. The project is the culmination of a lifetime of dreams deferred for this jazz keyboardist. A North Carolina native, William “Chan” Hall started playing the piano by ear at the age of 15. But it was playing basketball that ruled his teenage years. He dreamed of becoming a superstar athlete at North Carolina State University. At the same time, he was a standout percussionist in his high school concert band. He was featured on the xylophone, vibes, marimba, bass drum, and auxiliary percussion instruments. During those years, his band instructor introduced him to jazz music. He instantly fell in love and even more so when the possibility of playing college basketball vanished. “I got so excited because jazz music is American history. It is European harmonies over African rhythms which make it the most diverse music form in the world. Jazz is free and open for interpretation. The rules can be bent and it is alright,” says Chan. It was not until a later move to Richmond, Virginia that he took playing the piano and jazz music more seriously. Months of formal classical training followed by private jazz lessons created the genesis of Chan’s distinctive sound. Enrollment in the Jazz Academy at Pine Camp under the direction of world-class jazz saxophonist James “Saxsmo” Gates was the most grueling test of his skills

. During Jazz Academy, Chan learned to play with a group of talented musicians as well as further develop his knowledge of music theory. He later went on to study classical music at J. Sargeant Reynolds Community College. Outside of formal lessons, Chan was even more determined to teach himself. He spent many nights and early mornings mirroring the styles of Chick Corea, Herbie Hancock, George Duke, Jeff Lorber, Robert Glasper, and George Benson. “I am influenced by all of these artists. They all share an art for chord voicing. Plus they have an ability to play emotionally. I wanted to add their strengths to my own style. Listening to them allowed me to think outside of the box,” says Chan. After playing with various ensembles, including Love Logic, The Santamaria Brothers, Cool Breeze, and Chan’s Elements, he decided to break out on his own. In 2009, a self-reflective talk with his mother caused him to consider a solo project. Shortly after the talk, a debilitating work injury resulted in two weeks off the job. “I started thinking a lot during that time. My mom’s words marinated in my mind. My belief about a solo project grew. I could see my life as an artist versus working so hard at a job I didn’t love,” says Chan. William “Chan” Hall – Biography Page 2 of 2 In a time of extreme pain, Dreaming Afterdark was born. “I would acquire melodies in my head and then later figure out what chords would match. Most of the songs were written while practicing over the keyboard,” says Chan. On his debut album, groove master Chan creates meaningful chord conversations between the keyboard and your mind. His unique chord voicing allows the listener’s imagination to run wild. The entire project was composed and arranged by Chan. Hearing Chan play provides a vibrant, expansive landscape for positive thoughts and feelings. “This album is the new edge. People need to hear Dreaming Afterdark because there is a lot of bad music out there. This project has elements for different listeners. The songs are completely open to interpretation.” Heavy on the feel-good elements, Dreaming Afterdark provides an equal balance of groovy instrumentals, soul jazz, neo-soul, and poetry. Notable tracks are “Loving You”, “The Sequence”, and “Streetlights.” “Loving You”- A definitive crossover hit, Rodney “Soulsinger” Stith’s intimate vocals solidify a man’s affection for a female on this song. Like poetry in motion, the contrast between the bright keyboard chord progression and bass guitar rhythms give “Loving You” a romantic edge. “The Sequence”- Repetitive but not redundant, “The Sequence” is a groove-heavy instrumental piece that keeps you moving throughout. Chan’s signature chord voicing is complemented by a creative saxophone performance by John Bennett. “Streetlights”- An instrumental composition made for a night cruise down any big city street, “Streetlights” features a strong rhythmic lick. William “Chan” Hall has played for the Richmond Boy’s Choir, blues vocalist Lady E, and numerous churches in Richmond, Virginia. He has also performed on WTVR- CBS 6 Virginia This Morning, at the Virginia Museum of Fine Arts, and Macy’s. “My dream of being a jazz musician used to only happen after dark. Now it is happening in the daylight. This is real and I love it” For booking or more information, contact William Hall at [email protected] The album Dreaming Afterdark can be purchased at CD Baby, Plan 9, and BK Music. Show less 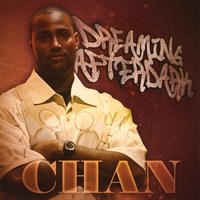 All About Jazz musician pages are maintained by musicians, publicists and trusted members like you. Interested? Tell us why you would like to improve the William Channing Hall musician page.