Portland based guitarist, composer and producer Chance Hayden returns with Grab & Go, his sophomore album on the Ropeadope imprint Atlanta Records, a lively jazz-funk set of ten fresh originals inspired through the musician’s hustle in the modern world. Since his 2018 label debut, Get Somethin', Hayden has stayed focused on his creative visions while maintaining a busy schedule of local residencies, regional tours and pick-up gigs. With over a decade of sideman performance credits, Hayden has supported many renowned artists including Mel Brown, Andy Stokes, Lindsey Webster, Farnell Newton and Jarrod Lawson with whom he toured fifteen countries: some highlights involving Holland’s North Sea Jazz Festival, Japan’s Billboard Live and an exclusive birthday celebration for Stevie Wonder. As a producer, Hayden’s work is eclectic from the multi-genre video series Peace House Sessions to PDX Jazz commissioned concert programs such as With A Little Help From My Friends: Sgt. Pepper at 50 and most recently The Way We Love, a chamber jazz album from singer-songwriter Shelly Rudolph featuring GRAMMY winning cellist David Darling. Hayden’s compositions have appeared in major motion pictures and television including the Sony Pictures #1 box office film The Perfect Guy and BET series Being Mary Jane. As a graduate of the PSU Jazz Studies program, Hayden’s guitar stylings are well informed through the jazz lexicon while equally steeped with blues, funk and soul: the authentic mixture is a result of a lifetime's listening, learning, teaching, practicing and performing.

“A welcome guest on all stages. Jazz, funk, blues, r&b, soul- you name it, he'll play it ... always with a touch of his own, always revealing certain references to the traditions of the jazz guitar.” -Sonic Soul 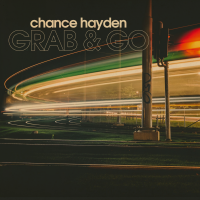 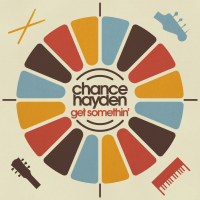 From: The Way We Love
By Chance Hayden

From: Get Somethin'
By Chance Hayden

All About Jazz musician pages are maintained by musicians, publicists and trusted members like you. Interested? Tell us why you would like to improve the Chance Hayden musician page.