Charles Tyler was a standout baritone sax player who excelled in avant garde and free improvisation. He is best known for his work with tenor man Albert Ayler. Tyler started out on piano, and then went from alto sax to baritone. He had known Ayler from his teen age years, and finally got to join up with him in New York in 1965, where he was featured on the “Bells,” and “Spirits Rejoice,” sessions.

He also left quite a recorded legacy on his own as leader notably “Eastern Man Alone,’ and “Second Album,” both for the ESP label in 1967. His “Saga of the Outlaws” a live set for Nessa done in 1976, is still considered a brilliant set of improvisation.

Tyler went on to record his “Definite, Vol. I,” and “Definite” for Storyville in 1981 which are also highly regarded. He was on violinist Billy Bang’s “Rainbow Gladiator,” a recording on Black Saint done before he moved permanently to France. His final recording was “Mid Western Drifter” done in France for the Bleuregard label in 1992, shortly before his death the same year. 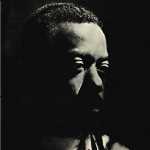 
Saga Of The Outlaws 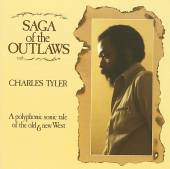 All About Jazz musician pages are maintained by musicians, publicists and trusted members like you. Interested? Tell us why you would like to improve the Charles Tyler musician page.