The definition of a working musician is someone who plays, teaches, writes, arranges, and records music. As an established performing musician in the New Hampshire music scene for decades, multi-instrumentalist Charlie Jennison has done all of that—and more. Since Charlie has been known to play not only piano and all of the saxophones as well as flute, clarinet, & piccolo, but also percussion, bass, and a variety of indigenous instruments from around the world, musicians from Portland to Boston who know Charlie joke that if you handed Charlie a cheeseburger, he’d figure out how to play “Yankee Doodle” on it!

For more than 30 years, Charlie worked with Hampton, NH based jazz pianist Tommy Gallant, a teacher at the Berklee School of Music and an alumnus of Woody Herman's band, who heavily influenced Charlie's growth as a musician and music educator. Charlie also studied with such major jazz figures as Jerry Bergonzi, Charlie Mariano, Jerry Coker, and Ted Casher.

In addition to releasing his own album of original jazz tunes, Iridescence, featuring his quartet of the same name – accompanied by bassist John Hunter, drummer Ken Clark, and pianist Jim Butka. Charlie is a versatile player who has been featured in many groups and on many recordings with - just to name a few: Devonsquare, Unu Mondo, Do’a World Music Ensemble (of which he was a member for 6 years), and Ben Baldwin & the Big Note as well as backing up vocalists Barbara London, Kathleen Kolman and Leila Percy on their albums.

While Charlie is best-known for his work as a performing jazz improviser and dependable studio musician with “great ears”, Charlie has also created musical arrangements for several big bands he plays with, including the Freese Brothers Big Band, the Capitol Center Jazz Orchestra, and the Seacoast Big Band.

Currently teaching at Phillips Exeter Academy where he is a member of the faculty jazz quartet, Charlie also offers private instruction on classical and jazz saxophone for all levels of experience, as well as piano instruction for beginning and intermediate players.

Charlie is also available for adjudicating at jazz festivals & appearing as a visiting artist/soloist/clinician with high school bands. He brings to the table years of experience gained from adjudicating at the All State Jazz Festivals in both NH & ME, as well as for the Clark Terry Jazz Festival held annually at UNH.

Over the course of his career, Charlie has taught private music lessons at Dartmouth College, UNH, & the Univ. of Maine as well as courses in Music History and Jazz Improvisation at UNH and Granite State College. He has also taught at St. Paul's School, the UNH Summer Youth Music School, and the Phillips Exeter Summer Music Program.

A versatile educator, whether presenting jazz performances & workshops for libraries, jazz societies, & schools throughout the New England region or coaching a jazz combo, directing a jazz band, or giving a lecture on the history of jazz in the NH Seacoast, Charlie brings his love for music to all things jazz-related.

How to Hire Charlie...

Charlie provides music as a solo piano player or as a duo with a bass player or guitarist. As the leader of a trio, he usually adds a drummer to the mix. If you want a great jazz sound for your event, hire Charlie's quartet for the wonderfully rich tapestry of complex jazz melodies, improvisation, and rhythms that become inevitable when you add more players to the mix (Charlie on sax, with a piano player, bass player, and a drummer). A quintet with a vocalist or an extra horn player allows for even more possibilities.

As an experienced professional musician, Charlie would be very happy to consult with you about how his musical services can help you create what you envision for your event, from a jazz brunch to dinner music, or for your special occasion such as: anniversary or birthday celebrations, holiday events, music festivals, concerts, corporate functions, First Night, etc. Because Charlie works with a network of professional musicians from Boston to Portland, he will be able to provide a group as small as a solo piano player or as large as a full swing orchestra or big band...and he's happy to help you decide what group and style of music would best fit your needs, goals, and special ideas for the event you're imagining. 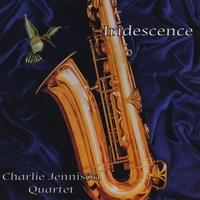 All About Jazz musician pages are maintained by musicians, publicists and trusted members like you. Interested? Tell us why you would like to improve the Charlie Jennison musician page.