Chris Lightcap is a bassist and composer who leads his own band and also works with other groups. The songs on this page are unreleased recordings of his music, but if you'd like to hear music that he put out on his records, you can check out his website, www.chrislightcap.com. As a sideman he's worked with Marc Ribot, Craig Taborn, Mark Turner, Joe Morris, Sheila Jordan, James Carter, Butch Morris, Ben Monder, Anthony Coleman, Steven Bernstein, Regina Carter, Roy Campbell and Tom Harrell. The two CDs he put out under his own name are on the Fresh Sound label, and his recently-formed quintet features Tony Malaby and Mark Turner on tenor saxophones, Craig Taborn on keyboards and Gerald Cleaver on drums. Over the next year you can hear this group at various New York clubs as well as at venues throughout the notheast. He's also playing a lot with other people's bands and you can find a more complete list of those dates on his website....”Known locally as valuable sideman, Lightcap's been quietly leading his own outfits over the last few years. And he's got a design in his head...Call him a hidden treasure.”(Village Voice) “A bassist-bandleader who's made some excellent records with two tenor saxophones out front.” (New York Times). Thanks for listening and please come out to a show if you like what you hear... 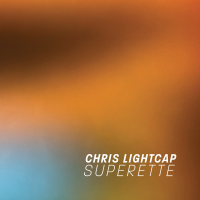 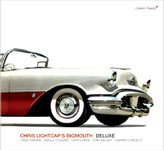 All About Jazz musician pages are maintained by musicians, publicists and trusted members like you. Interested? Tell us why you would like to improve the Chris Lightcap musician page.