Chris Morrissey is a songwriter, a bassist, a singer, a music director, a Leo, an uncle, a lover of most cats and some dogs, a New Yorker, a Minnesotan, a yoga practicer, a wino, a restaurant frequenter, and joke teller/appreciator.

In his time in that role, he's shared the stage with Sir Elton John, recorded with Cyndi Lauper, coproduced Jackie Wilson's “Higher and Higher” for the Oprah Winfrey Network, and penned the arrangement of Charlie Chaplin's “Smile” for the in memoriam segment of The 66th Annual Emmy Awards.

He has been featured in Bass Player Magazine, is a member of the adjunct faculty at The New School For Jazz and Contemporary Music and has received a residency commission from The Jazz Gallery resulting in the creation of “Standard Candle”.

He performs regularly with his band in New York City and lives in Greenpoint, Brooklyn in a pretty nice place for a musician. Show less 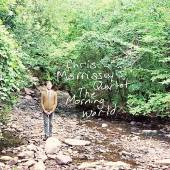 All About Jazz musician pages are maintained by musicians, publicists and trusted members like you. Interested? Tell us why you would like to improve the Chris Morrissey musician page.