Irish-born singer/songwriter Christine Tobin has been living in London since 1987. Her work is firmly rooted in a tradition that emphasizes storytelling on a musical bedrock that creatively blends blues, folk and jazz; a territory that is occupied by such luminaries as Joni Mitchell, Cassandra Wilson and Nina Simone. Her innovative and expressive style has led The Guardian to call her the “Bjork of Euro jazz.” She has recorded six albums for Babel, one of the UK 's most dynamic and creative indie labels. Her music has been described as authentic, streetwise, radical and romantic. John L. Walters of The Guardian says she possesses a “24-carat voice” and Jazzwise hails her as “probably the most adventurous jazz singer of her generation in this country, with the ideas and willingness to push back the boundaries and explore new territory with each new album.”

Christine's back catalogue is infused with the rich, dark layers of her probingly intense original songs, as well as her unique, sharp-edged interpretive powers on a diverse field of standards from Leonard Cohen through to Cole Porter

. Christine's debut album on Babel, Aililiu was released in 1995; Yell Of The Gazelle in 1996; House Of Women in 1998 and Deep Song in April 2000. The first three albums focused on Tobin's original material while the fourth, recorded in New York, is a tribute to the great American song tradition and concentrates on interpretation and creative arrangements. It also features the legendary American drummer Billy Hart, Austrian double-bassist Peter Herbert, guitarist Phil Robson and the highly acclaimed U.S. saxophonist Mark Turner. You Draw The Line, recorded in 2003, saw a return to a majority of originals as well as imaginative covers of Bob Dylan and Leonard Cohen; it was no. 4 in The Guardian's “101 things to do, buy and see at Xmas.”

2004 saw Christine nominated for Best Vocalist at the BBC Jazz Awards, and her vivid interpretations of Bessie Smith were featured in film director Mike Figgis' Red White and Blues documentary in the Martin Scorsese Presents The Blues series. Christine's sixth critically acclaimed album, Christine Tobin's Romance & Revolution, was released in December 2004 and consists of seven of Christine's lyrically incisive trademark originals, including settings of poems by poets Paul Muldoon and Eva Salzman, as well as her own expressively unsentimental arrangements of material by Bob Dylan, Brian Wilson, John Martyn and Bessie Smith.

On December 18 th 2005 Christine Tobin was invited to perform with The BBC Big Band at the West Yorkshire Playhouse in Leeds . Internationally renowned arranger Mike Gibbs has been commissioned to write new arrangements for this special occasion. Mike, who has written for Joni Mitchell, Gary Burton, John Scofield and Carla Bley, to name but a few, will be conducting the music on the night. The concert will also be broadcast on BBC Radio 2's Big Band Special program later this year.

Having spent a lot of 2005 busily programming and promoting some consistently good contemporary jazz at the Progress Bar in Tufnell Park in North London, Christine did however appear at Cheltenham and Shanghai Jazz Festival where she played to an enthusiastic sell-out 600-strong audience, signing CDs after the show! Christine was back writing and touring in 2006, among the highlights appearing to a full house at Joe's Pub in the centre of the vibrant New York improvising scene, a week of gigs in Graz Austria, in London performing with top US drummer Jeff Williams and appearing at International Jazz Festivals including the 49th Monterey, Haarlem in Holland and the London Jazz Festival. In May 2007 Christine Tobin gave the Vortex jazz club audience a sneak preview of her follow up to 2004's Romance and Revolution entitled Secret Life of a Girl. In July 2008 Christine got a thoroughly deserved BBC Jazz Award for Best Vocalist in a ceremony in which she performed “Camille,” from Secret Life of a Girl, joined onstage by the great violinist Nigel Kennedy.

She is currently touring her new album, Secret Life of a Girl into July, 2008 that includes mostly originals, one of them co-written with poet Eva Salzman. The non-originals are new arrangements by Christine of Leonard Cohen's “Everybody Knows,” and Phil Robson's arrangement of Rufus Wainwright's “Poses.” The originals share a common theme of stories featuring different female characters, hence the title Secret Life Of A Girl with the title track with programming by trumpeter, composer and producer Alex Bonney.

Meet a Singer Who's Right on Song: Christine Tobin

”She should be on a global stage rubbing shoulders with fellow troubadours like Cave, Mitchell and Cohen...It's a tribute to the quality of Tobin's writing that there are no weak spots in this excellent collection”
John L Walters The Guardian ****

”Sexy, gutsy, bluesy and beautiful.”
Lionel Shriver, author of We Need To Talk About Kevin on Secret Life of a Girl

”She should be on a global stage rubbing shoulders with fellow troubadours like Cave, Mitchell and Cohen...It's a tribute to the quality of Tobin's writing that there are no weak spots in this excellent collection”
John L Walters The Guardian ****

”Sexy, gutsy, bluesy and beautiful.”
Lionel Shriver, author of We Need To Talk About Kevin on Secret Life of a Girl

”She has clearly assimilated into her own style the music from apparently disparate fields. The strength, control and purity of her voice, and the telling contribution of her band ensure a satisfying artistic whole.”
Chris Parker, BBC Music Magazine, August 95)

”A singer who refuses to be boxed in by convention.”
Clive Davis , The Sunday Times)

”Definitely one of the country's finest musicians.”
Linton Chiswick ,Time Out

House Of Women confirms her as one of the most creative vocalists on the contemporary scene.”
Jazz UK

”Tobin's voice is commanding and poised throughout and her husky scat singing is a delight. She's occupying a niche that's her own and the possibilities are enormous.”
Mike Barnes, The Wire 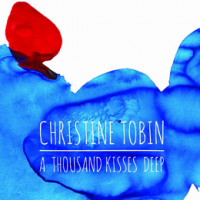 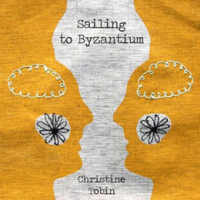 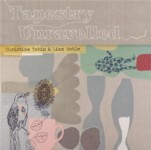 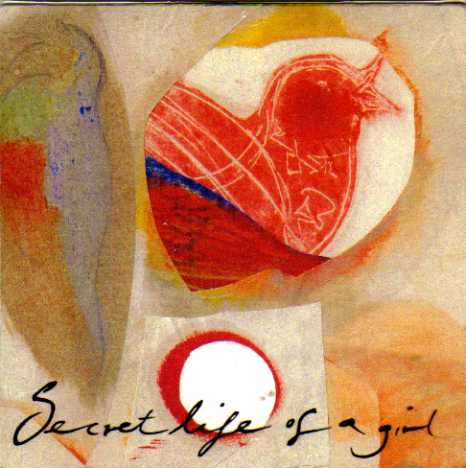 Secret Life of a Girl 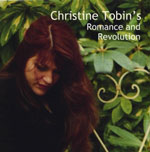 All About Jazz musician pages are maintained by musicians, publicists and trusted members like you. Interested? Tell us why you would like to improve the Phil Robson musician page.