Christoph Pepe Auer is born 1981 in Tirol/Austria. From the age of 5 he studied music. 2001 he started the university for music in Graz to study saxophon-jazz. His teachers during this time were Florian Bramböck, Karl-Heinz Miklin, Heinrich von Kalnein and Klaus Dickbauer. 2005 he has got the bachelor of arts. Christoph is now a Vienna-based saxophone player. He also got lessons from Dick Oatts, George Garzone, Donny McCaslin, Branford Marsalis, David Binney, Tony Malaby, Marcus Strickland, Jason Lindner and more. He has played with the musicians Adam Holzman (keyboard, Miles Davis Band ), Joseph Bowie as well as the Concert Jazz Orchestra Vienna. He was sent in 2005 as a representative of the University of Graz to the I.A.S.J. meeting directed by David Liebman. This influenced him to work more intensely on composition. In 2005 he received The Hans Koller Prize, which gave him the opportunity to travel to New York. There he took lessons from Tony Malaby, Donny McCaslin, Marcus Strickland and Branford Marsalis. 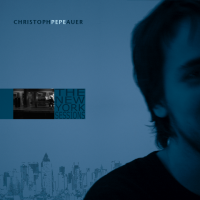 All About Jazz musician pages are maintained by musicians, publicists and trusted members like you. Interested? Tell us why you would like to improve the Christoph Pepe Auer musician page.