Had Chu Berry's life not been cut short when he died at age 33 as the result of an automobile accident, who knows what might have been. But what he did achieve was enough. Considering the brevity of his life, and that his recording career spans a mere decade, it is remarkable that his name continues to loom large in the annals of jazz.

Leon “Chu” Berry was born in Wheeling on Sept. 13, 1908, into a relatively well-to-do family that included a very musical half sister who played piano in a jazz trio that rehearsed in the Berry home, Chu's love of music and the saxophone was born.

Inspired by Coleman Hawkins (whom he heard on tour) to take up the saxophone, he played the alto instrument while at Lincoln High School in Wheeling and at West Virginia State College in Charleston. After playing with his sister for high school dances, Berry's first band experience occurred in a 15-piece group in Wheeling and a college band in Charleston. In summer 1928, Berry returned to the Ohio Valley after a year in college and joined the “swingingest jazz band around,” Perry's Broadway Buddies. In 1929, he received his first nationally important professional engagement when he joined the Sammy Stewart band in Columbus and Chicago. Within months he made his first foray into New York and its jazz scene. He switched from alto sax to tenor sax after he joined the Stewart band and met and performed with tenor saxophonist Cecil Scott's band.

Among the major groups with which he played were the bands of Benny Carter, (1930) Teddy Hill, (1933-35) Fletcher Henderson (1936) to whom he contributed the song “Christopher Columbus” and ultimately Cab Calloway, with whom he joined up with in 1937. He performed as sideman or on recordings with many of the best known artists of the era from Bessie Smith, Billie Holiday, to Count Basie.

As a member of Cab Calloway's Cotton Club Orchestra, Berry set new standards for the band, and was in the line up with Mario Bauza and a young Dizzy Gillespie. Berry was strongly influenced by Coleman Hawkins, but soon developed his own distinctive style. He was Hawkins’ equal in harmonic sophistication and his superior when it came to swing and drive. Excelling at performing in fast tempos, where his remarkable breath control, unerring sense of time, and even, strong tone production were his forte. He displayed a powerful momentum with an accuracy and fondness for plaintive high notes. . Berry was especially adept at inserting a lot of individuality into a short space; he was brilliant in eight bars, a quality that endeared him to bandleaders.

His recordings are available as a recent compilation on Mosaic as “Chu Berry, The Classic Columbia and Victor Sides.” It is a seven disc box set, which covers much of the sax mans material and featured recordings, from early dates with Benny Carter, to the bulk of the music being from the Calloway era.

Conn introduced several models of both alto and tenor saxophones in his honor, the ‘Chu Berry Portrait Model’ which are now cherished by vintage collectors and players alike.

He died on Oct. 31, 1941, near Conneaut Lake, Ohio, as the result of injuries he received in an accident three days earlier while a passenger in an auto taking members of the Cab Calloway Band to Canada for a job. The band left his chair empty for weeks afterward as a sign of respect. 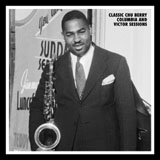 All About Jazz musician pages are maintained by musicians, publicists and trusted members like you. Interested? Tell us why you would like to improve the Chu Berry musician page.