The City Rhythm Orchestra has been knocking out audiences for many years at nightclubs, jazz festivals, concert venues and dance events with their high energy music. The Philadelphia Inquirer calls them “Philly's premier swing outfit” and anyone familiar with this group would certainly agree. Their 1,000- tune play list is filled with swingin' jazz arrangements, vintage big band charts, rockin' blues and pop tunes, unique original material, and more.

A music critic once wrote that hearing a set by City Rhythm was “great music and great fun”. That just about sums up the results that saxophonists Pete Spina and Nick Vallerio had in mind when they formed the band, and they have consistently cooked up exciting music with their key ingredients of hot horn players, a smokin' rhythm section, and innovative arrangements. Mix all of this with the enthusiasm of the band members and you've got that unmistakable City Rhythm sound that packs every performance with excitement. Their famous horn section is complimented by dynamic vocalists Steve Ritrovato, Vicki Woodlyn, Rich Cox and Gil Morrow.

City Rhythm has performed at major music venues and jazz clubs all across the country, including Philadelphia's Kimmel Center, Mann Music Center, and Electric Factory, New York City’s Blue Note Jazz Club, Birdland, Swing 46 and Lincoln Center, Washington DC’s Glen Echo Ballroom and Clarendon Room, San Francisco's Biscuits and Blues Club and Sweets Ballroom, and more. In Europe, the band has been featured in Italy, Germany and France. Engagements have included clubs in Cologne, Bordeaux, Amsterdam, Rome, Florence and Venice. They have also been featured at the Spoleto Music Festival, Umbria Jazz Festival, Jazz by the Sea on the Adriatic Coast, and many other major international events.

City Rhythm's music has been recorded on a regular basis and can be heard on numerous CD recordings. Their first album, “Goin to Town”, was produced in 1994 and was a big success with its lavish big band sound capturing the interest of both music critics and fans. In 1997, a live collaboration with Joey DeFrancesco on the Hammond B3 organ was captured on the CD “Swinging Blue - Live at the Five Spot”. The 1998 CD “City Rhythm Strikes Again” crossed over into the pop world and received national air play as swing music enjoyed renewed interest. In conjunction with its release, the band produced a Music Video of their “Hit the Road Jack” rendition, which was aired on international television. In 2001, a recording was made of an exciting big band concert to benefit the national medical research center at City of Hope. “Sounds of Hope” features an electrifying performance by the band and vocalists. The show includes tributes to Duke Ellington, Count Basie, Frank Sinatra, Dinah Washington, and others. “Songs to Live By” came out in 2003 as a nod their rock and R&B alter ego and includes an hour of great party music. It was followed-up by “Songs to Live By 2” in 2004. In 2005, City Rhythm collaborated again with Joey DeFrancesco, this time at Edison Recording Studios in New York City. All new arrangements were written to highlight the band and the Hammond B3. The critics cheered the project and the Jazzweek rated it one of the top jazz CDs of the year for airplay. Show less 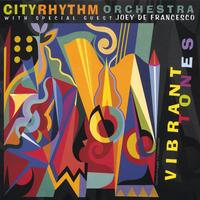 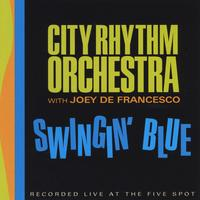 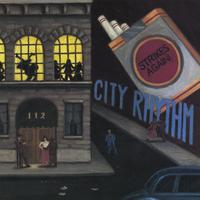 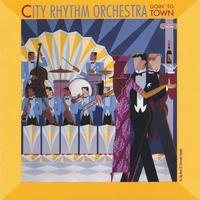 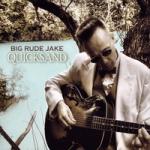 All About Jazz musician pages are maintained by musicians, publicists and trusted members like you. Interested? Tell us why you would like to improve the City Rhythm Orchestra musician page.