Clark Sommers is a Grammy Award winning bassist steeped in the jazz tradition. Sommers, born September 7th, 1977, raised in Lake Forest, Illinois, is an artist dedicated to cultivating his own unique sound by expanding on the work of past masters while keeping an ear towards the future. Over the last 15 years Clark has performed all over the world and is featured on more than 40 albums with renowned artists such as Kurt Elling, Cedar Walton, Ernie Watts, The Mighty Blue Kings, Marilyn McCoo, Marvin Hamlisch, Kevin Mahogany, Peter Bernstein, Michael Weiss, Ira Sullivan, Frank Wess and Charles McPherson among others. ”Clark Sommers rings true and honest in tone. The golden color pours a solid foundation to the timber of the group.” – All About Jazz.

Clark began his musical career in 1990 when his parents bought him a drum set for Christmas. He made the switch to electric bass when his seventh grade buddies formed a rock band that didn’t have a bassist. Only after hearing the slinky bass lines on Led Zeppelin and James Brown records did he realize the power of bass in music. Early in high school Clark had the opportunity to study with James Cammack; long time bassist of the iconic pianist Ahmad Jamal. “I learned so much from Jim. He had a definitive personality on the bass…it was like he was speaking through the instrument, really communicating. He had an infectious groove that was undeniable. He taught me the role of the bass and how paramount it was in every musical context.” Six months after intense study with Cammack, Clark was playing with local musicians more than twice his age. Shortly after that he made the transition to the upright-bass and began spending his lunch hour practicing on a school bass in the orchestra room. By his junior year, Clark was playing jazz at clubs, private parties and restaurants throughout the suburbs of Chicago. Occasionally, Cammack would let Clark sit in on his gigs with some of Chicago’s finest musicians. During his senior year in high school, Clark was chosen as the bassist for the Midwest Grammy band and was nominated for the All-American Grammy band.

After high school Sommers enrolled at DePaul University in Chicago where he quickly began playing around town with many older, professional musicians. “Being an aspiring bassist at that particular time in Chicago offered so many opportunities for growth. One night I’d play jazz. The next night I’d play with a singer-songwriter. The next night, American roots music or a Latin Folk band…it was all music to me. There was so much work and I was hungry to play as much as I possibly could.” In addition to studying bass with Larry Gray at DePaul, Clark was mentored by another of Chicago’s great bassists, Kelly Sill. “Kelly had a profound effect on how I listened to music and his truly original style of playing really influenced the way I play. He encouraged a deeper investigation in to my own way of accompanying a band by being yself. He also taught me a lot about piano harmony.” At that time Clark was fortunate to play regularly with the likes of saxophone giant Lin Hallidy and Chicago piano greats: Jodie Christian and Ron Perrillo. “It was the first time I had the chance to play with authentic jazz musicians on that level-it was the real thing. Playing with Ron illustrated a world of possibilities for me in music. I would say that playing with him was the closest ‘spiritual’ experience I had playing music. He also profoundly influenced my writing” Due to a busy gig schedule Sommers withdrew from DePaul in June of 1997 to focus his energy exclusively on playing the bass. In late summer of 1997 Clark joined an acclaimed local rhythm and blues band called the Mighty Blue Kings and toured the U.S. and Europe for the ensuing two years.

During this time the band recorded a live album for Sony Records and shared billings with Tony Bennett, Diana Krall, B.B. King and Ray Charles, among others. After his two year stint with MBK Clark lived in Singapore and Hong Kong for four months respectively, playing with renowned Chicago jazz vocalist Eden Atwood seven nights a week. “This period of concentrated playing was an amazing challenge because I was forced to find ways of being creative every night, with no break, the longest run being 60 nights strait!…it was a huge period of growth” Upon returning from Asia Clark enrolled at the California Institute of the Arts where he finished his degree in Jazz Studies and World Music. While there, Sommers had the fortunate opportunity to study with bass masters Charlie Haden and Darek Oles. In addition to playing in countless student groups, Clark landed performance opportunities with Joe LaBarbera, Leo Smith, LA Jazz Quartet, Larry Koonse and Kris Tiner. “Cal Arts opened up a world of music to me that I never new existed. It’s also the place I became inspired to write my own music.”

Clark moved back to Chicago after graduating from Cal Arts in December, 2002. The city offered Sommers the opportunity to work steadily with artists such as: Von Freeman, Ron Perrillo, Geof Bradfield, The Chicago Jazz Orchestra, Dana Hall, Jeff Parker and Bobby Broom, to name a few. During those years Sommers continued his long time collaboration with the Dan Cray Trio(formed in summer 1999). With four albums to its’ credit, the trio continues to maintain a steady gig schedule. “After playing with guys for that long(11 years), the music becomes pretty intuitive. The group continuity over the years has really been the ideal context for experimenting with musical possibilities, within the piano trio format. In addition, there is no doubt that the trio facilitated a kind of profound personal exploration in to my own conception as a bassist.” With the encouragement from his band mates, Clark performed at the 2007 convention for the International Society of Bassists where he received honorary mention. This inspired Clark to further broaden his musical horizons.

In January 2008, seeking new experiences, Sommers moved to New York City to get a piece of the action. While living in New York, Clark hooked up with jazz vocal titan Kurt Elling and toured the world bringing jazz to everyone from Istanbul to the Canary Islands. One stop along the way was the Monterey Jazz Festival were he fulfilled a life long dream of sharing a triple bill with jazz giants Herbie Hancock and Wayne Shorter. “Standing backstage and being able to listen to the respective groups of those two legends was deeply moving for me and I’ll never forget it” The time with Elling culminated with a live recording at Lincoln Center in NYC. “Dedicated To You- Kurt Elling Sings The Music Of Coltrane and Hartman” received a Grammy Award for “Best Jazz Vocal Album” in February 2010.

Clark returned to Chicago in September of 2009 where he enjoys a busy work schedule with Dana Hall’s “Spring”, Geof Bradfield’s “African Flowers Ensemble” Chicago Yestet, the Dan Cray Trio and many other groups. In the Fall of 2010, Clark joined the faculty at the Artswest School For Performing and Visual Arts in Eagle, Idaho. There, he performs with drummer, Kobie Watkins, vocalist, Jeff Baker and pianist, Justin Neilsen. He also continues to tour regularly with Kurt Elling. Show less 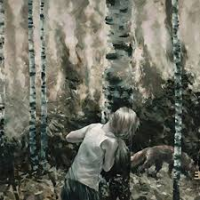 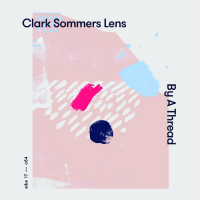 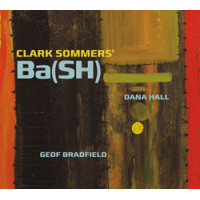 All About Jazz musician pages are maintained by musicians, publicists and trusted members like you. Interested? Tell us why you would like to improve the Clark Sommers musician page.