Claudia Villela’s voice gets all the attention, and it’s easy to understand why. Her glorious five-octave instrument is one of the wonders of jazz, lithe and startlingly beautiful in every register.

Born and raised in Rio de Janeiro, she sings mostly in Portuguese, interpreting lyrics with keen emotional insight and supple rhythmic command. A supremely inventive scat singer, she has honed a vivid vocabulary of sounds that can evoke the hollow thump of a tabla drum, the muted trumpet ofMiles Davis, the insistent twang of a berimbau, the ethereal call of a flute, or the distortion-laden Stratocaster licks of Jimi Hendrix.

Based in the Santa Cruz area since the mid-1980s, Villela has evolved into an expressive pianist and percussionist and an ingenious composer and lyricist with an astonishing body of original material, as well as a repertoire of jewels from the Brazilian songbook.

Inspired by Brazilian songwriters, composers and multi-instrumentalists such as Egberto Gismonti, Hermeto Pascoal and Milton Nascimento, Villela draws on a vast range of Brazilian traditions, from samba and bossa nova to the carnival groove partido alto, and baião, a highly syncopated northeastern song form popularized by Luiz Gonzaga in the mid-1940s.

While growing up in Rio, Villela literally soaked up music from the air, falling asleep at night to the sounds wafting over from the samba school behind her grandmother’s house. Singing professionally as a teenager, she performed at college festivals and worked as a back-up singer. At the same time, she was strongly drawn to medicine, and eventually decided to merge her two passions, graduating with a degree in music therapy from the Brazilian Conservatory of Music in 1983.

Not long after her move to California, Villela started singing with the Stanford University Chorus, and then joined the De Anza College Jazz Singers. Eventually she won a scholarship that enabled her to study with the great jazz vocalist Sheila Jordan at the Manhattan School of Music. As Villela sees it, her music therapy background gave her the flexibility to make the musical transition from Rio to the Bay Area.

After making a compelling case for herself as an inspired composer, she delivered a breathtaking session of spontaneous invention with the lavishly praised 2004 duo session featuring piano guru Kenny Werner, DreamTales (Adventure Music). Werner admitted to skepticism when Villela approached him about going into the studio without any songs prepared, but came away from the session a believer. In the fall of 2008, she received a high profile commission from New York University commissioned to set poems by several Latin American poets to music.

In recent years, Villela’s international reputation as a performer and composer has continued to grow through appearances at the world’s most prestigious jazz festivals and clubs. Show less 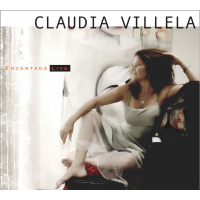 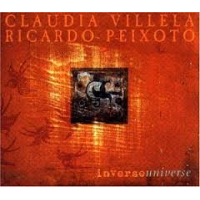 All About Jazz musician pages are maintained by musicians, publicists and trusted members like you. Interested? Tell us why you would like to improve the Claudia Villela musician page.