Born in Pescara (Italy) in 1982, the young pianist Claudio Filippini graduated at the Conservatory “GB Pergolesi” in Fermo. During his studies he met musicians like Kenny Barron, George Cables, Jimmy Owens, Joey Calderazzo, Enrico Pieranunzi, Franco D’Andrea, Otmar Ruiz, Stefano Bollani, Stefano Battaglia. At 17 he won his first scholarship to Columbia College of Music in Chicago, followed by scholarships to the Siena Jazz Seminars and Workshops in 2000, We Love Jazz with Kenny Barron in 2001, as well as 1st prize winner of the European Competition for Piano Solo - Yamaha Music Foundation of Europe 2002, and the Massimo Urbani Award 2003 (Jury and Audience). In recent years he has played in numerous festivals around the world including Sweet Rhythm (New York), Jazz Showcase (Chicago), Blue Note Jazz Club (Nagoya e Tokyo), Ronnie Scott’s (London), Jazz at Pearl’s (San Francisco), Montreux Jazz Festival, Umbria Jazz, Istanbul Jazz Center. In 2007 he joined the Maria Pia De Vito quartet and Giovanni Tommaso’s “Apogeo Quintet”. In 2008 he recorded “Space Trip”, a concept album for jazz trio and electronics. The album was presented at the “Casa del Jazz” in Rome and achieved significant critical acclaim. In 2010 he began playing with Mario Biondi on his numerous tours, performing in theaters in major Italian cities and abroad, and participating in main Italian TV shows such as “Parla con me” (Rai 3 channel) and “Niente di personale” (La7 channel) 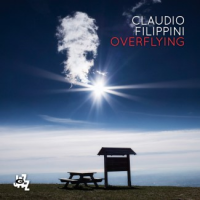 
Titanic for a Bike

All About Jazz musician pages are maintained by musicians, publicists and trusted members like you. Interested? Tell us why you would like to improve the Claudio Filippini musician page.