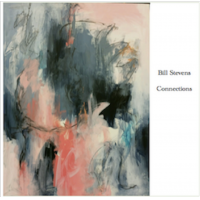 1. Eternal 2. Love Dance 3. Two as One 4. how to reach every corner 5. don't worry I'll lift the sky 6. teenagers lifting the sky 7. Shadow and Light 8. Between Earth and Sky 9. Out of Silence 10. Continuity and Change 11. Through Dreams, Through Time

All About Jazz musician pages are maintained by musicians, publicists and trusted members like you. Interested? Tell us why you would like to improve the Connections musician page.