Fiery, honest, and maniacally talented, Greg Gisbert hit the national jazz scene at an early age and seems to have been on the road ever since. He ventured forth from his childhood home in Denver to attend Berklee, but soon found himself wandering around a tour bus dodging insults from Buddy Rich. He eventually settled in New York, and over the years has been an integral player with the Woody Herman Orchestra, Toshiko Akiyoshi, Horace Silver, Maynard Ferguson, Bobby Shew, Maria Schneider, John Fedchok, and the Smithsonian, Carnegie Hall , and Vanguard Big Bands. In addition to also recording with most of these groups, Greg also has three CD’s out as a leader on the Criss Cross label, with such notable sidemen as Billy Drummond, Chris Potter, and Gregory Hutchinson.

Known as “the voice of reason” in Convergence, Eric plays with amazing passion and energy, and he is an accomplished writer and arranger. The late Carmen McCrae appreciated this about Eric, and he was her accompanist for the last five years of her career. He has also performed with such artists as Benny Carter, Phil Woods, Eddie Gomez, Betty Carter, Red Rodney, Joe Farrell, and James Moody. Eric also currently serves on the faculty of the Lamont School of Music at the University of Denver.

John Gunther wonders if he has a sort of musical attention deficit disorder (MADD) as he often finds himself on a bandstand with multiple instruments and composing in a multiple of styles and traditions. He enjoys the diversity and with inspirations from jazz, classical, and folk traditions from around the world, he has a unique and compelling voice as a composer and improviser. John has performed or recorded with Tom Harrel, Dewey Redman, John Abercrombie, Joe Williams, Buddy DeFranco, Ernestine Anderson, Dizzy Gillespie, The Woody Herman Orchestra, and The Maria Schneider Orchestra. After being an active performer in New York city and teaching at New York University, John recently moved back to Colorado to teach at the University of Colorado at Boulder. He has several recording as a leader with his groups “Axis Mundi” and “Spooky Actions”. John has received grants from the NEA and “Meet the composer” , was Composer in Residence at the 2003 Toronto Fringe Dance Festival, and has composed music for film and animation. Visit “www.turnworld.com” for more information on some of John's activities as a performer and composer.

Mark Patterson, a Convergence member since 2000, attempts to keep a variety of music played on his collection of twentieth-century trombones. He has explored the roads of Japan with section-mates Jim Pugh, Bill Watrous, and David Taylor in Dave Matthews' Manhattan Jazz Orchestra; and toured in the US and in Europe with the Maria Schneider Jazz Orchestra. He has appeared or recorded with jazz artists Clark Terry, Sir Roland Hanna, Charli Persip, Jaki Byard, Dale Bruning, Eddie Palmieri, John Pizzarelli, the Vanguard Jazz Orchestra, Tom Pearson, and Toshiko Akiyoshi/Lew Tabackin. In the concert hall, he appeared as soloist with the Ridgefield (CT) Symphony (including a trombone-premier of music from Eddie Sauter's Focus); and in the sections of such orchestras as the New York Pops, the Concordia Orchestra, and the Central City Opera. He freely admits to having performed in Broadway shows (recently in “42nd Stree” and “Fosse”), and the trivia expert might detect his work in film scores. He champions new music with the ensemble Nobles of the Mystic Shrine. He also collects pencils, and has studied how to use them with Donald Keats, Bob Brookmeyer, Manny Albam, and Jim McNeely. The results have been performed or recorded by Convergence, the BMI Jazz Composers' Orchestra, and the aforementioned Nobles, among others. Mark teaches at NYU and is a clinician at camps and festivals across the country.

While Mark Simon has made Denver his home, he has had years of experience playing with top name players from all over the country. In addition to touring with Carmen McCrae, he has performed with Dizzy Gillespie, Rosemary Clooney, Dave Grusin, Eddie Harris, Joe Farrell, Roben Ford, Randy Brecker, Lew Tabackin and Regina Carter. Mark serves on the faculty at the University of Colorado at Boulder, and is a valued clinician/teacher in the region. Denver musicians consider themselves very fortunate to have regular access to his soulful, resonate tone, and his hard-swinging grooves.

Throughout his childhood, Paul felt magnetized to music from the depth of his being. He began playing drums professionally at age 14. Paul has led, recorded, or performed with countless combinations of the Denver area's best players and with internationally acclaimed artists such as Eddie Harris, Benny Golson, James Moody, David Fathead Newman, Dr. Lonnie Smith, Larry Coryell, Gunther Schuller, Charlie Rouse, Eddie Gomez, Jack McDuff, Marlena Shaw, Clark Terry, Rufus Reid, and Robin Eubanks. During his association with the Woody Herman Orchestra, Paul toured North America performing concerts and clinics. In between gigs, he studied jazz composition at the Lamont School of Music, and in 1991 received a degree in recording engineering from the University of Colorado. He serves as mentor musician/clinician in several Denver area school districts. While there, he saw the need for a jazz education program for students who are serious about the music, and he co-founded and serves as Artistic Director for the Colorado Conservatory for the Jazz Arts (www.jazzarts.org), a non-profit organization dedicated to providing unique opportunities for teens to study with professional musicians. Show less

A Mischievous Convergence of Past and Present Jazz

”They achieve a groove sought by many, but not easily found...” --Ira Gitler

“Convergence is phenomenal. It's a rare treat to hear a small group play compositions and arrangements that are so rich in ideas and formal development. Their pieces are wonderfully original and leave beautiful space to feature every musician in a unique way, and each musician is truly unique and extraordinary. I can't say enough about this group.” --Maria Schneider

“Folks, it just doesn't get better than THIS! Convergence should be known world-wide. I'm gonna do all I can to help that happen.” --Bobby Shew

”...their performances are marked by a genuine sense of unity.” --Linda Gruno, Westword 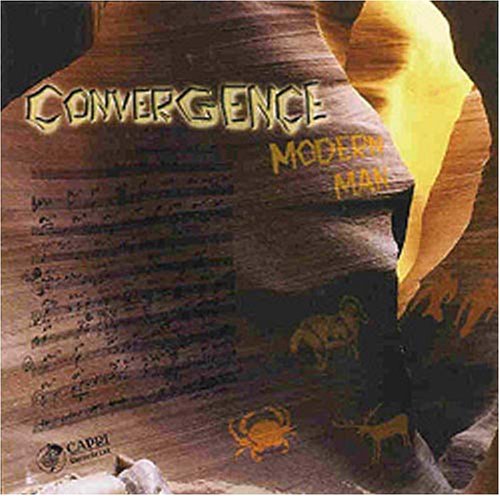 All About Jazz musician pages are maintained by musicians, publicists and trusted members like you. Interested? Tell us why you would like to improve the Convergence musician page.