This album was recorded at Plays and Players in Philadelphia, a venue I first visited in the summer of 2009. At that time, the amazing landmark was closing in on one hundred years of staging superb theater and special events. I had been searching for a “home base” for The Eleventet and reached an agreement to play there in an annual series of Monday performances. The association has been incredible! This album was recorded during our fifth season at Plays and Players. John Anthony of Philadelphia Post and Jim McGorman of Accordion Films, who had attended some of our performances, approached me about doing a live recording and video shoot. I hesitated at first. Nah, I’m kidding! It took me a split second to shout out “Yes, let’s do it!” As I write these words, The Eleventet is in its seventh season at Plays and Players and this release coincides with the celebration of our one-hundredth performance there! It is the band’s third album...Crazy in Philly! The members of The Eleventet are world-class musicians, as well as my wonderful friends and colleagues. What I dig so much about this recording is that it provides a great example of the energy and passion that we put into a performance. Things don’t always go perfectly on a live gig, but the band never fails to bring it! You can also view the spectacular videos in multiple locations online, including on my website and social media pages, and as part of future promotions and broadcasts. By the way, soon after this live recording, John took us into the studio to record again. That album, Please Call, is crazy too! Check it out. My deep love and gratitude are boundless for the Eleventet’s super players: Mike, Chris, Mark, Jonathan, Tony, Randy, Jarred, Tim, Sandy, Erik—and for John Anthony and Jim McGorman, whose expertise and creativity are exceptional. Plus, my heartfelt thanks to the special people at Plays and Players who have been great hosts and whose support has been unwavering over the years: Linda Gryn, Jim Haley, Colleen Corcoran (we love you, Colleen!), Keith Conallen, Rob Cutler and Andrew Beal. — Norman David (Nor-Bop) Philadelphia, Pennsylvania - January 30, 2017 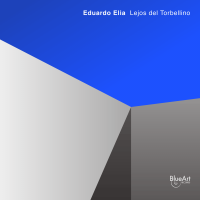 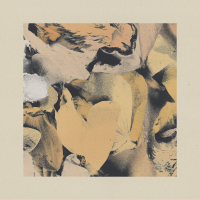 All About Jazz musician pages are maintained by musicians, publicists and trusted members like you. Interested? Tell us why you would like to improve the Crazy in Philly! musician page.