Born and raised in the Bronx, New York, Damon Banks has performed with and / or recorded with some of the entertainment industry’s brightest stars, creative artists and innovative musicians. Most of these artists defy category and genre.

In 2008 he received the DCAC / NYSCA grant and premiered his multimedia theater piece entitled “Resistance: A Maroon Story”

In May 2014, he will be releasing his first CD as a leader entitled “Travelguides” (featuring an all-star roster of New York City’s finest musicians)

Damon is a member of A.F of M (Local 802) and ASCAP. He plays Fender basses, uses GHS strings and uses Epifani amplification. 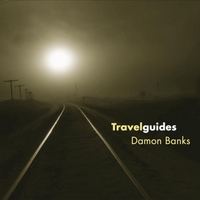 All About Jazz musician pages are maintained by musicians, publicists and trusted members like you. Interested? Tell us why you would like to improve the Damon Banks musician page.