Dan Berglund was born in May 1963 and grew up in a small village in Sweden called Pilgrimstad near Ostersund. His father played accordion in an amateur band and his elder brother played guitar. They introduced him at an early age to very different styles of music including Swedish folk music, pop and rock.

Dan started to play the guitar when he was ten and soon after formed a band with his local friends. The band was made up of three guitarists and one drummer, so they were missing the bassist. Dan took over the bass part, first of all playing the bass lines on his guitar, then later his father bought him an electric bass and Dan was immediately fascinated by playing it. Together with his father's band he had his first public performances at different kind of events: weddings, birthday parties and funerals.

During his High School years Dan continued to play in his own rock group with his friends. They named themselves “Dizzy” and, besides playing cover versions of Thin Lizzy, Black Sabbath and Deep Purple songs, also composed their own music. They played together a lot.

One day his High School music teacher, Ceasar, brought a double-bass to Dan's home and although a double-bass was not a cheap instrument his father bought it for Dan. Roughly a year later Dan started his professional music education at Birka Folkhogskola in Ostersund. It was a difficult time for him, as he would have much preferred to play his electric bass in a rock-band rather than the double-bass in a conservatory

His music teacher, Ceasar, then also suggested him as bassist to the local state-run orchestra, whose leader was very skeptical about engaging Dan. This rejection fueled Dan's ambition and he went into a phase of never-ending practice sessions and rehearsals until he got the post. Whilst playing with the orchestra he had many concerts and TV-engagements.

In 1990 Dan got tired of playing with the orchestra and wanted to improve his musical skills, so he moved to Stockholm and registered with the Royal Music University. He immediately got to know all of the capital's great musicians and due to his abilities was soon engaged and played in many different bands like the Fredrik Noren Band, Lina Nyberg, Louise Hoffsten, and Per Texas Johansson. It was during one of the tours with Lina Nyberg that Dan met Esbjö Svensson for the first time.

Esbjö had composed several of the songs that Lina sang during her set and one day when Dan and Esbjö were sitting in the sauna after one of the shows, Esbjö asked Dan whether he would like to join the Esbjö Svensson Trio.

The first years were very difficult. The band was travelling from small gig to small gig, from village to village in Sweden. To play music together with Esbjö and Magnus was fantastic, but it hardly earned the money to survive.

The break came after 7 long years with the albums From Gagarin's Point of View, Good Morning Susie Soho and Strange Place for Snow, and tours outside of Sweden. Finally e.s.t.-- as they had named themselves in the meantime to document the collective group character of their collaboration--was playing worldwide to an ever-growing audience. They were selling six-digit figures per album release, winning lots of awards and were heralded as the Trio of the Decade by TheLondon Times, and reinventors of jazz.

One of the keys to the band's success probably was: the different influences in their musical backgrounds, that all of them brought--equally-weighted--to the table, and melted into a unique band sound and concept. While Esbjö Svensson's background was classical music, and e.s.t.'s drummer Magnus Ostrom was firmly rooted in the electronica and drum'n'bass world, Dan was legendary for his deep and full “Mingus-like” bass tone and his “Jimi Hendrix-like” solos, using all sorts of effects to make the double-bass sound like screaming electric guitars. This has made him the sensation in many of e.s.t.'s concerts.

Esbjö Svensson's untimely death in the summer of 2008 put an end to Europe's most successful jazz outfit. Dan confesses that at first he didn't know how to continue, but then he hooked up with some of his musical friends from the pre-e.s.t. era and during lots of sessions in rehearsal rooms found the joy and happiness in the creation of music again: “e.s.t. is part of my history, it influences my music making and composing right now. I was in it, it was in me and it will always be with me--just like my hard-rock history has always been part of me.”

His new partners are Johan Lindstroem on guitar, who he had met during his time at the “Per Texas Johansson” band, Martin Hederos from the pop-band “The Soundtracks of our Live” on piano, and Andreas Werliin on drums. For their new band and debut-album they have composed, arranged and produced all songs together. 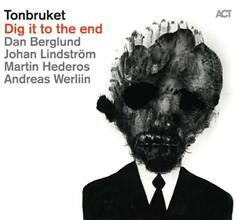 Dig It To The End 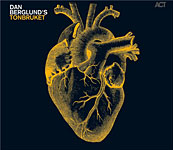 All About Jazz musician pages are maintained by musicians, publicists and trusted members like you. Interested? Tell us why you would like to improve the Dan Berglund musician page.