Composer, Arranger and Jazz Pianist Dan Cahn completed both his Masters Degree in Jazz Performance and Doctorate in Music Education at the University of North Texas.

Dan has performed both as a soloist and as pianists with several jazz groups. These have included apart from his quartet and trio, the Jazz group “Blue Skylight Quintet” a group dedicated to the performance of compositions by Charles Mingus, as well as the Haifa Big Band. During the year Dan produces and participates in concerts dedicated to various jazz artists.

Dan’s debut recording as leader was on the CD “FIGMENT” recorded in 1997 with his quartet which included saxophonist Dror Bar Israel, the late bassist Udi Kazimirski and drummer Gideon Paschov.

Cahn’s second CD titled “TOREADORE” which include seven of his original compositions was recorded in 2008 with his trio which included Valerie Lipets on bass and Dani Benedikt on Drums. (The CD may be purchased at CD Baby)

As part of his academic activities Dan wrote a jazz history book in Hebrew titled “The History of Jazz in the 20th century” (2017) which is published by the Open University where he teaches and coordinates the jazz history course. As part of the launching celebration of the book Dan organized the first Jazz convention in Israel (2018) that addressed issues related to aspects of Jazz history and Jazz in Israel.

Teaches piano jazz all levels from beginner to graduate level 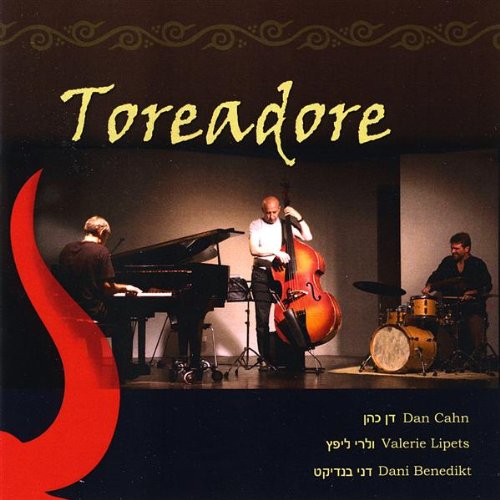 All About Jazz musician pages are maintained by musicians, publicists and trusted members like you. Interested? Tell us why you would like to improve the Dan Cahn musician page.