Dan Dean is a truly multitalented artist. Dan has achieved national and international recognition as a Bassist, Producer, Composer, and as an audio and recording Engineer.

Dan has been a major contributor to music education. He is the author of the widely successful Hal Leonard Series for Electric Bass Method Books 1, 2 and 3, Hal Leonard Electric Bass Studio Series Books 1, 2 and 3, Bass Trax and other related projects. He has been a member of the teaching faculties in Jazz studies and Electric Bass, of Western Washington University, Olympic College and Shoreline College. Dan received his B.A. in 1975 from the University of Washington where he majored in English Composition and Literature. He is also an FAA rated commercial pilot.

Dan is also a member of several professional organizations. He is a member of ASCAP (as a Writer and Publisher), the Society of Composers and Lyricists, AES (Audio Engineering Society) and an AFM member.

A New Duet Release By Dan Dean And George Duke

”Man, how I am I supposed to write something with this CD being ALMOST perfect?” - Bruce Bernardini/JazzReview.com

”For all you beginner, intermediate and pro bass players, Dean will put you to shame. His playing is the utmost impeccable, perfect playing I have ever heard.” - Bruce Bernardini/JazzReview.com

Dean is an exceptionally articulate and resourceful electric bassist and throughout 251 he proves to be both a supportive role model as well as a soloist who deserves better recognition. - Doug Simpson/Audiophile

2, 5, 1, Dan Dean, bass. ”Hey now, when was the last time you read a real good review from me on a recording which includes Hammond B-3 organ on four tunes and accordion (!!!) on two? Maybe never

”Man, how I am I supposed to write something with this CD being ALMOST perfect?” - Bruce Bernardini/JazzReview.com

”For all you beginner, intermediate and pro bass players, Dean will put you to shame. His playing is the utmost impeccable, perfect playing I have ever heard.” - Bruce Bernardini/JazzReview.com

Dean is an exceptionally articulate and resourceful electric bassist and throughout 251 he proves to be both a supportive role model as well as a soloist who deserves better recognition. - Doug Simpson/Audiophile

Electric bassists aren't all that common leading jazz record dates, but Dan Dean found a very unusual approach, which is playing duets with four separate keyboardists. Kenny Werner is a first-call sideman, leader, and soloist. His meeting with Dean in a superb take of the old warhorse “'S Wonderful” is full of twists, turns, and outright surprises, and while their interpretation of “Body and Soul” is considerably more subdued, it nonetheless shimmers. George Duke usually plays electric keyboards (though he did stick to acoustic piano for his Muir Woods Suite), so it is a treat to hear him on grand piano. His funky “It's On” is a catchy riff tune, while their dreamy setting of the standard “Stella by Starlight” reminds straight-ahead fans that Duke's chops are still very potent. It's particularly odd to hear an organ-electric bass duo, since the keyboardist usually handles the bassline by himself. Yet Larry Goldings and Dean work in tandem for an infectious take of “One Note Samba,” a soulful “Georgia on My Mind” (with a nod to Ray Charles), and a hip “In Walked Bud.” Dean and pianist Gil Goldstein meander into “All the Things You Are” via a side route before incorporating Dizzy Gillespie's famous added introduction, then take it down a more familiar path. Goldstein switches to accordion for “Lover Man” with Dean carrying the melody, possibly one of the most striking interpretations of this jazz standard. While the veteran bassist is better known regionally than nationally, this top-drawer effort should open a few doors for him. - All Music Guide/Ken Dryden 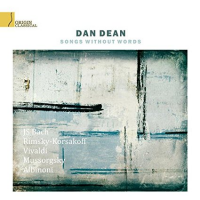 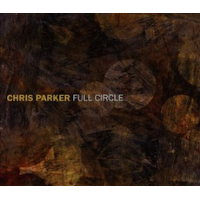 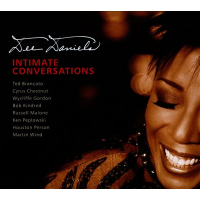 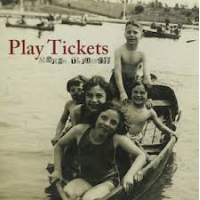 All About Jazz musician pages are maintained by musicians, publicists and trusted members like you. Interested? Tell us why you would like to improve the Dan Dean musician page.