By inviting the listener into his personal world of experiences and emotions, Brooklyn based pianist and composer Daniel Meron awakens their own deepest desires and most sincere feelings with his music. A skillful improviser, Meron finds a way to feature his unique playing style in brilliant compositions that are both sophisticated and lyrical, rich with influences from jazz, his homeland of Israel, and other folk traditions.

Feeling the urge to document and share his personal and musical journey early on, Daniel recorded his debut album, a sixty-minute recording of original music for trio and quintet, while still a student at Berklee College of Music. Entitled Directions, the album was released shortly after Meron’s move to New York and gained recognition from music magazines such as All About Jazz and leading jazz figures like Joe Lovano. Quickly integrating into the New York jazz scene as both a bandleader and a sideman, Meron has since performed at venues such as Metropolitan Room, Cornelia Street Cafe, Soho House and Rockwood Music Hall, and has toured Israel, Canada and the US.

In 2016, after several years of experimenting in leading different types of ensembles, including a ten-piece band, Daniel released his second album entitled Sky Begins. Receiving rave reviews from magazines and radio stations worldwide, Sky Begins presented Meron’s original songs for which he also wrote the lyrics. Performed by vocalist Maia Karo, bassist Noam Wiesenberg and drummer Jimmy Macbride, the music on the album is dynamic and captivating, traveling through colorful harmonies to magical places in time and imagination. The band grooves hard on funky and folkloric rhythms, while shifting between energetic improvisation and intimate interaction.

This Was Now, Daniel's new album, will be released on February 28th, 2018 by Rabbit Rabbit Rabbit Records, and is the result of his pursuit of a heightened awareness. After incorporating meditation into his life and creative work, Meron entered the recording studio to further explore this concept through the art of solo piano and improvisation. Playing

minimally arranged to completely spontaneous versions of some of his favorite standards and popular songs, Meron searches for sincere moments of inspiration while striving to deliver clear ideas in real time. After releasing two critically acclaimed ensemble albums that feature his compositions, Meron turns to familiar music with the goal of exposing other sides of his musical voice.

Growing up in Israel, Daniel started learning piano at the age of 8, gradually shifting his focus from classical music to pop, blues, and eventually jazz. Meron served as a chief musical director in the Israeli Army Performance Troupes, and later received a scholarship to study at the Rimon School of Jazz. During that time Daniel performed at renowned Israeli venues such as the Levontin 7, Shablul Jazz, Givataim Theater, as well as on national television. He was a finalist in the Rimon Jazz Competition, and participated in the Costa Rica Jazz Festival.

In 2007 Daniel moved to the US to begin his studies at Berklee College of Music. He was the winner of multiple scholarships and awards, and studied with masters such as Danilo Perez, Hal Crook and Joe Lovano. During this time, Meron led his own group in performances in Boston and Israel, and was a finalist at the Jacksonville Jazz Piano Competition.

Along with his activities as composer, arranger and bandleader, Daniel continues to perform as a sideman in multiple bands such as Zoo Berries, Rubycon, and the Arnan Raz Quintet. Show less 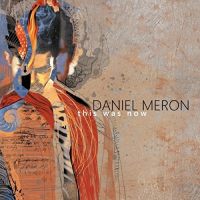 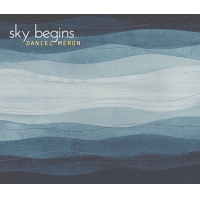 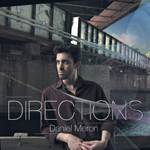 All About Jazz musician pages are maintained by musicians, publicists and trusted members like you. Interested? Tell us why you would like to improve the Daniel Meron musician page.