Guitarist, singer, and songwriter, Daniel Ondaro has a decade’s worth of experience performing his own compositions as well as Brazilian and Jazz standards worldwide. He is currently the front man for the project bearing his name and has also worked as front man for The Shy Birds in Berlin. As a sideman/songwriter he has worked with the US/Singapore touring group, NuMundo. Other collaborations include work with US based artists/groups, Victor Mestas Pérez, João Junqueira, Dexter Payne, Kailin Yong, Elisa Garcia, Rebecca Kleinmann, Amy Katchur, Lliam Christy, the Reventones, Ginga, and European based artists/groups, Isabela Santos, Jérôme B.Sedeyn, Konstantine Margaritas, Arabella Sprot, Rob York, Cisco Pema, Max Hartmann, Johannes Heger, Turi Agostino, Krzysztof Mianowski, Petros Tzekos, Odysseas Kyriakou and Sapucaiu No Samba.

He has been a part of several recording projects including his latest release, “Summer Days” produced and recorded in Berlin, 2016 and the 2013 release of his debut solo EP, “Ao Brasil” produced in his native Colorado, USA. Other band recordings include the The Shy Birds self titled debut LP, produced and recorded in Berlin, 2014 and the full length CD, “Our Song” recorded by NuMundo and released in November, 2012 in Boulder, Colorado.

He received his Bachelor of Arts degree in Musicology and World Music from the University of Colorado at Boulder in 2008. While at CU Boulder, he studied Brazilian music with Dr. João Junqueira and classical guitar with Dr. Carey Harwood. Upon graduating, he continued his classical guitar studies privately with Italian guitarist and CU professor, Dr. Nicolò Spera. In addition he has taken lessons in Brazilian music with Salvador da Bahia based percusionist, Júlio Góes in Brazil, and voice lessons with Brazilian singer, Isabela Santos in Berlin, and is fluent in Portuguese. As a guitar instructor, he has experience teaching all levels, and a wide variety of styles, to people of all ages for the University of Colorado, the Lesson Studio in Boulder, and privately in the US, Germany, and Singapore since 2007.

He currently lives in Berlin Germany where he is active as a guitar teacher, freelance recording artist and touring musician. He plays C.F. Morrison and Amalio Burguet guitars. Show less

“Daniel’s enthusiasm and interest for music has always astonished me. Moreover, he learns quickly and has a natural talent for interacting with others.” -Nicolò Spera, Concert Guitarist

“Daniel Ondaro is an excellent guitar teacher. I have taken several private lessons with him and his musical insight and technique have helped me to achieve some of my musical aspirations such as performing live.” -Marcio de Sousa, Brazilain Guitarist and Musician

“Daniel is that rarity, a fine musician who is also a fine teacher.” -Dan Fairchild, Concert Promoter 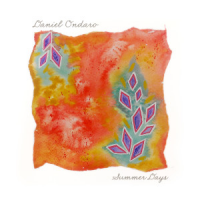 All About Jazz musician pages are maintained by musicians, publicists and trusted members like you. Interested? Tell us why you would like to improve the Daniel Ondaro musician page.