Born in Tarzana, CA in 1989, Danny Janklow was handed the saxophone at the age of 11. His life would soon change as he was introduced to the remarkable sounds of Charlie Parker, Cannonball Adderley, and John Coltrane. Just 2 years later, it was obvious to all that the music had chosen him. During his time at Agoura High School, Danny was recognized by Wynton Marsalis and the Lincoln Center Jazz Orchestra as the first-ever triple instrument “Outstanding Soloist” on tenor saxophone, flute and clarinet.

In 2007, Danny was awarded a full-tuition scholarship to Philadelphia’s Temple University Boyer College of Music and Dance where he was mentored by saxophone legend Dick Oatts and incredible trumpeter Terell Stafford. In 2010, Danny won 1st place in the North American Saxophone Alliance (NASA) competition held in Athens, Georgia. While living on the east coast, he frequently played at the Village Vanguard with the Vanguard Jazz Orchestra, the Kimmel Center, the Apollo in Harlem, and Dizzy’s Club Coca-Cola in New York.

After graduating in 2011, Danny moved back to Los Angeles to take the scene by storm. He rapidly became one of LA’s most in-demand saxophonists and bandleaders. In August 2012, he won 1st place at the Detroit Jazz Festival Saxophone Competition and headlined on that year’s festival. He took part in a 2-year Mentor program teaching at Stanford Jazz Camp where he discovered his deep passion for teaching students of all ages. In 2013, he was selectively chosen as a semi-finalist to compete in the Thelonious Monk International Saxophone Competition in Washington D.C. 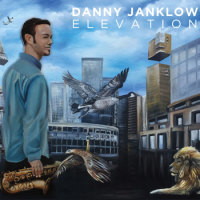 All About Jazz musician pages are maintained by musicians, publicists and trusted members like you. Interested? Tell us why you would like to improve the Danny Janklow musician page.