Danols, an electric guitarist & composer, is best known for his solo guitar concerts, where he blends his own guitar music with classical pieces; from Bach to Ólafur Arnalds. His debut album came out in 2014, followed by the second one “Sounds” in 2016, and he has been touring his country and abroad, playing in different halls and guitar festivals. He was a guitarist of some punk/rock/jazz bands and had his own blues jam session, as singer too, before he immersed himself completely in a world of “electric guitar meets classical” compositions. Danols explores the boundaries between genres by mixing chamber strings and electric guitar, as heard in his single “O Sweet Everlasting Music, Be Still”. His passion started as a 10-year-old boy, when he discovered the guitar and, as a self-taught, started to play and compose, playing his first gigs at fourteen. Some years later he began to take lessons at a music school, receiving later on an scholarship to study jazz by his country's best jazz college. That's why he searched for a teacher graduated from Berklee, later deciding to get a professional degree at the 21st Century Music School. Thirsty for knowledge, he managed to get a classical teacher graduated in composition and direction from the Royal Conservatory of Music. Meanwhile, different musical projects were going on. As he puts it in Instagram: “I like to create little worlds in my guitar”, but he's not limited to her, as he is boosting his body of work with new music, writing for other instruments as well. 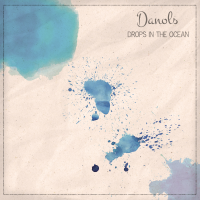 Drops in the Ocean

Drops in the Ocean

Danols
Drops in the Ocean

All About Jazz musician pages are maintained by musicians, publicists and trusted members like you. Interested? Tell us why you would like to improve the Danols musician page.