Dan Sheehan is a Melbourne pianist/composer/improviser engaged in writing and performing original music. His work reflects passions for both the jazz tradition and post-jazz integration of 20th century classical ideals, and he aims to promote a distinct synthesis between improvisation and composition, regarding both elements as equally powerful devices in live performance.

Dan studied at Monash University under Tony Gould, Marc Hannaford, and many of Australia's most prominent improvising artists. He graduated from Honours in 2012 after completing original research based on the music of Tim Berne, and has made numerous visits to NYC to study with Berne, alongside Ralph Alessi, Kris Davis and Jason Moran. 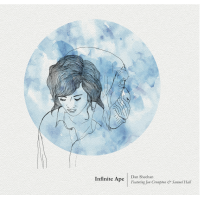 All About Jazz musician pages are maintained by musicians, publicists and trusted members like you. Interested? Tell us why you would like to improve the Dan Sheehan musician page.